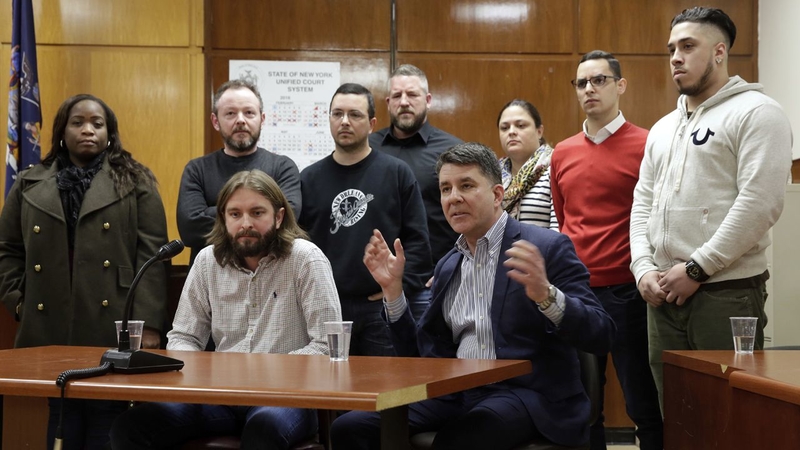 NEW YORK (WABC) -- Jurors who spoke following the conviction of Pedro Hernandez in the murder of 6-year-old Etan Patz said they believed the man they found guilty "could tell right from wrong, he could tell fantasy from reality."

They called questioning his mental state "a red herring."

"We wasted a lot of time hearing from a hell of a lot of expensive doctors we didn't need to hear from. God knows we heard from too many doctors," juror Mike Castellon said.

The jurors called the various confessions by Hernandez, some of them recorded on video and played repeatedly during the four-month trial, "very reliable."

"We all had different things that we were concerned about or things that we felt very sure about, some people. And other people didn't feel sure at all about," juror Cateryn Kiernan said.

The jurors eliminated Jose Ramos, the longtime prime suspect, as the result of spaghetti thrown at the wall.

"He was Hannibal Lecter and he fed her a line for the next 30 years of her life. He didn't do it," Catellon said. "The FBI abandoned it, he never confessed to it, and on and on and on. I give them credit for trying to throw that on the wall. We did spend a lot of time on that."

The jurors would not talk about the split.

But after watching the videotaped confession "for the hundredth time" Tuesday morning, they voted not to convict Hernandez of intentional murder.

The juror added that it wasn't a clear-cut case.