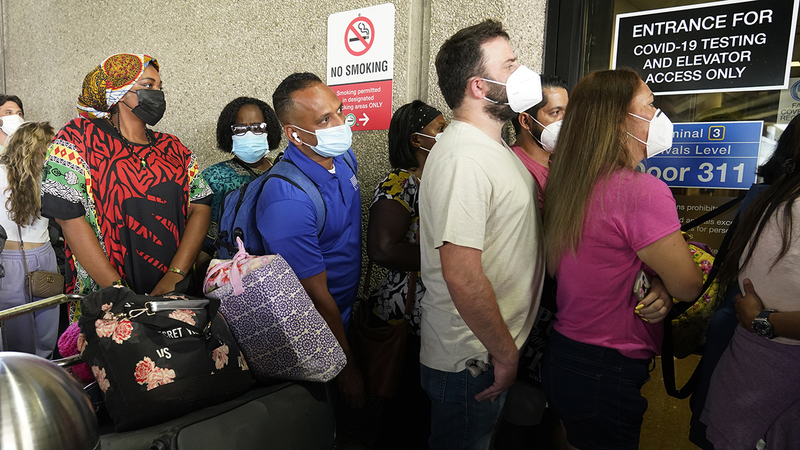 ROCKLEDGE, Fla. -- A Florida man's last wish before dying of COVID-19 was to get the vaccine. To honor his memory, his family is turning his funeral into a vaccine and testing event to protect the community against the deadly virus.

Marquis Davis, a 28-year-old business owner and father, died on July 26 from COVID-19. He was not vaccinated at the time.

Marquis' wife, Charnese Davis, described him as a hard worker and loving husband and father who cared after his siblings when his mother died in 2012. 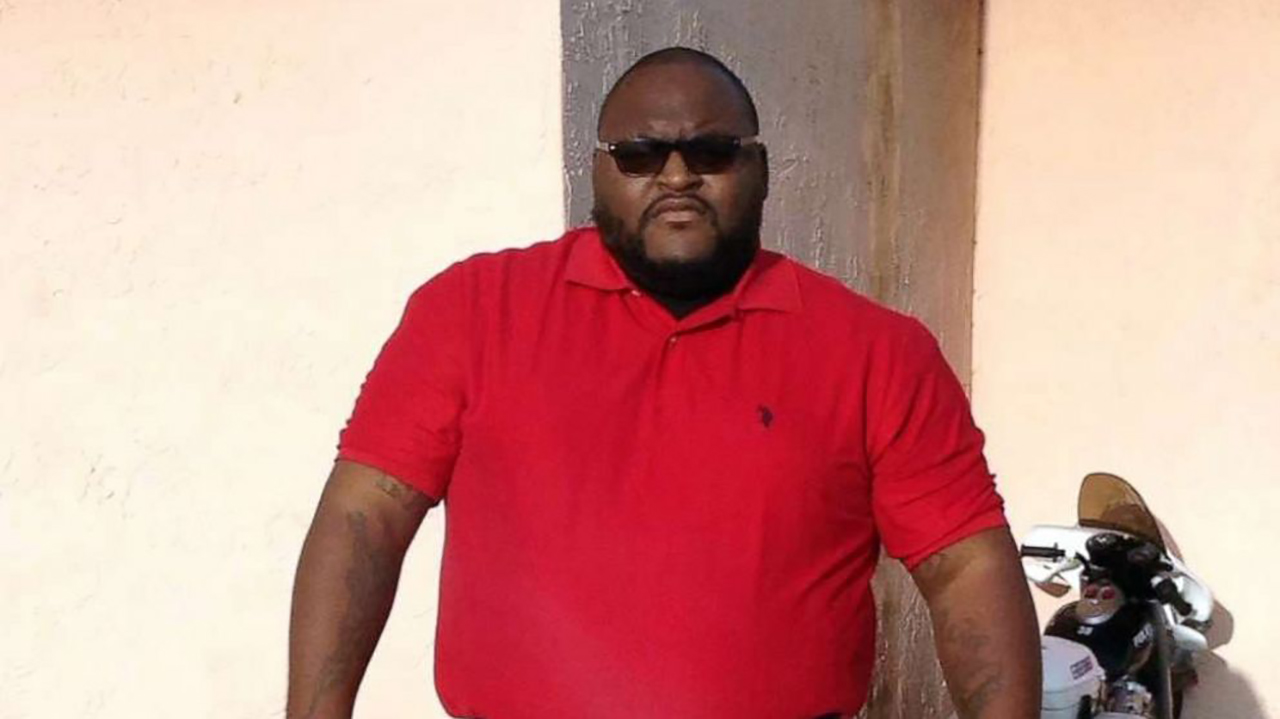 Marquis Davis, 28, of Rockledge, Fla., is pictured in an undated family photo.

She said he started to feel ill in late July and tested positive for the virus the following day. He quarantined at home but got progressively worse.

"He was losing his breath just by getting up. I was like, this is not normal, you need extra help," Charnese Davis told ABC News.

He was taken to a hospital where he was put on an oxygen machine.

"He was there about six days and then finally they said he's not going to make it," Charnese Davis recalled.

Map not displaying correctly? Click here to open in a new window.

Despite initially being hesitant to take the vaccine, Marquis Davis told his wife he wanted to get the shot after he recovered.

"He was in the hospital. He said, 'Bae, I'm going to get the vaccine when I get out of here.' So he was going to get it. I was like 'Good, I'm so happy you said that, but it's too late,'" Charnese Davis said to local ABC affiliate WFTV. 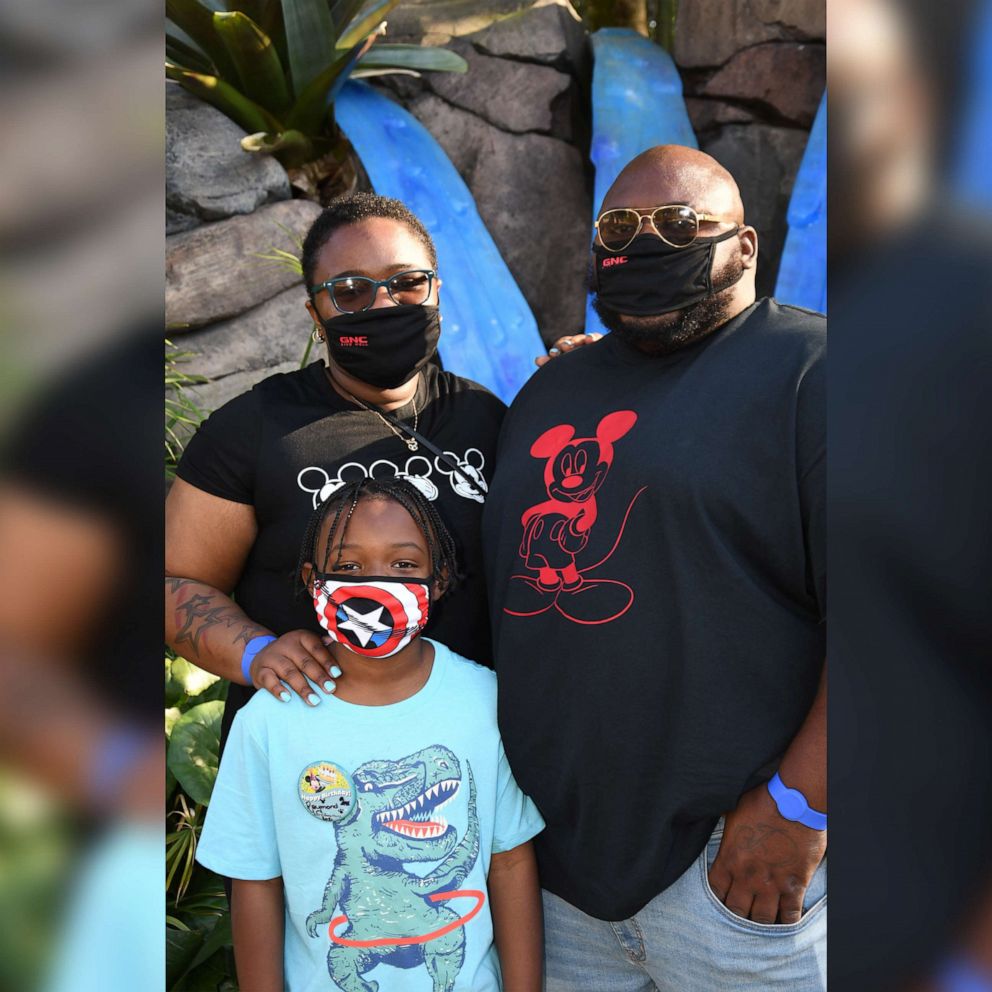 Charnese Davis said their church, Faith Temple Christian Center in Rockledge, approached her about offering the vaccine and COVID-19 testing at his wake and memorial. She was immediately on board.

"Now we're seeing things completely shift with this delta variant. [Marquis] was 28 years old, had the rest of his life in front of him, and because of COVID-19, specifically this delta variant, and he was not vaccinated, his life was cut short," Dr. R. Shaun Ferguson, the pastor of Faith Temple Christian Center, told ABC News.

"Our position as a church is let's get this cut. Let's do this. I don't want to see another person lose their life, period," he added.

The church is partnering with the state to offer the Pfizer and Johnson & Johnson vaccines. COVID-19 testing will also be available at the event. 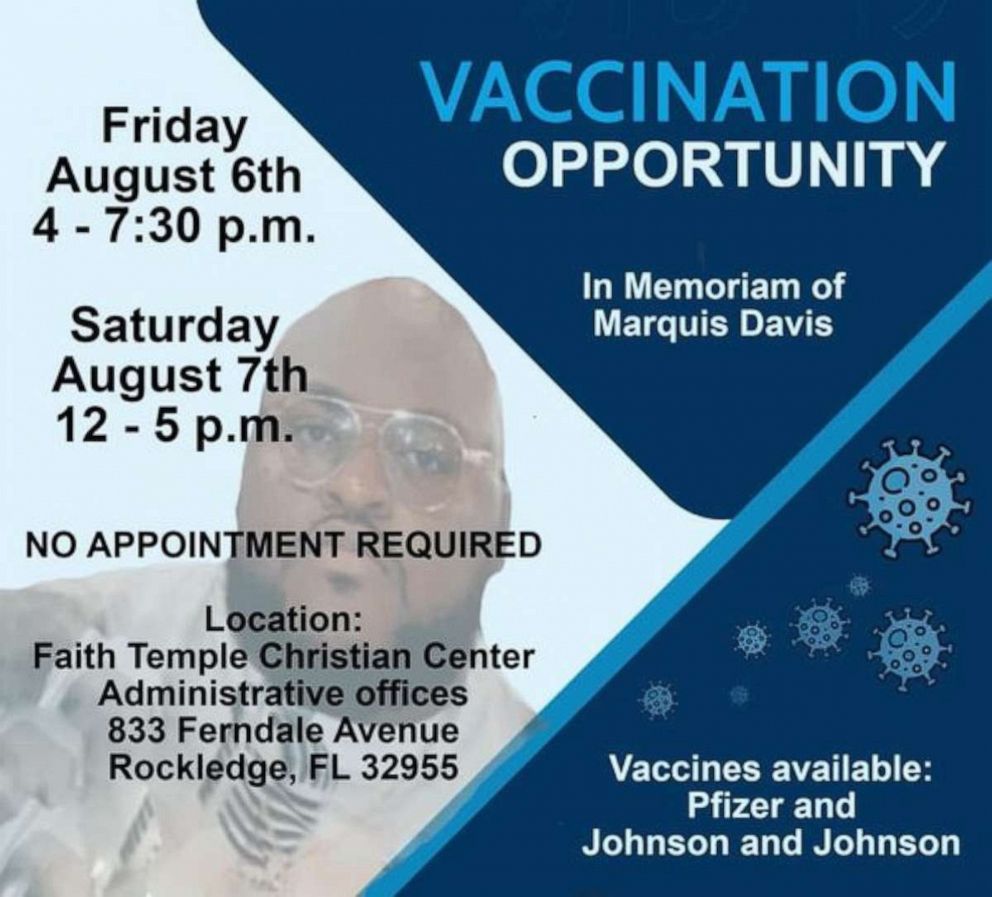 Charnese Davis said hosting the vaccination event at the funeral is sending a message to the community about how dangerous the virus is.

"He was so adamant about not getting it, everything we hear about the vaccine wasn't always perfect...It's a lot of younger adults my age who don't want to get it or they think it won't affect them," Charnese Davis told ABC News. "But, it does affect you. This could have been prevented, so let's get vaccinated so it doesn't happen to you."

"At least have a fighting chance. Protect yourself. Protect your family. This is nothing to be to be playing around with," she said.

COVID-19 continues to rip through communities and towns, fueled by the highly transmissible delta variant, and the crisis is hitting Florida hard.