10 injured, including firefighters, after FDNY truck crash in Brooklyn 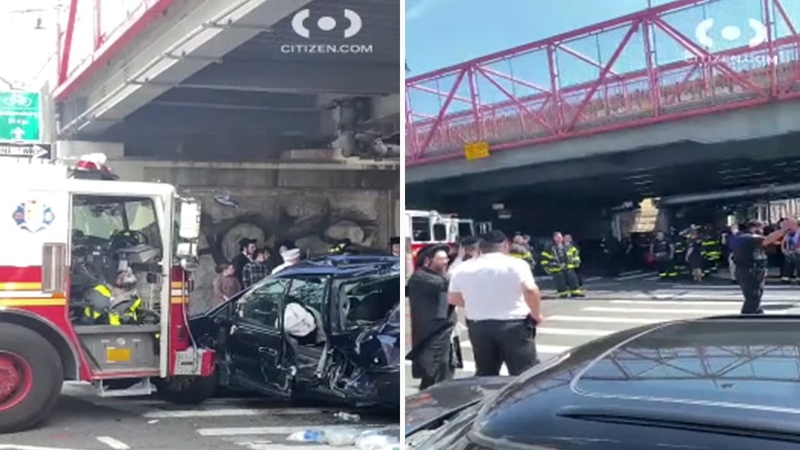 WILLIAMSBURG, Brooklyn -- Several people were injured when an FDNY firetruck was involved in a collision with a vehicle in Williamsburg on Friday afternoon.

The crash was reported on South 5th Street and Driggs Avenue around 3:30 p.m.

The FDNY said while firefighters were responding to reports of a fire, Ladder 104 was involved in a collision.

Two firefighters and eight civilians were treated and taken to area hospitals with non-life-threatening injuries.