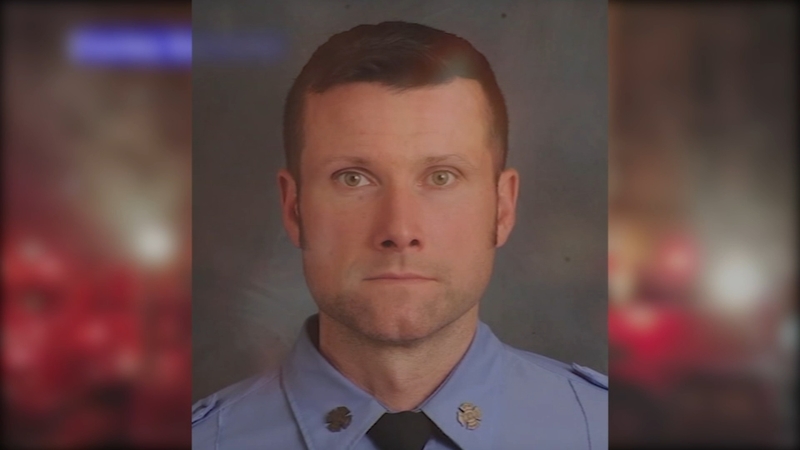 Bill will increase safety for FDNY on film sets across NYC

Eileen Davidson, the widow of a firefighter killed on a movie set in 2018, has pushed hard for the safety crackdown.

Michael Davidson, 37, was killed on the set of "Motherless Brooklyn" on March 23, 2018 in Harlem. When he and Engine Company 69 were called to the fire, they had no idea the building was not as it appeared.

False walls had been erected and flammable materials were brought on site. Davidson became separated from his team and ran out of air.

The pending legislation will protect future film locations and will require a fire safety director to be on set all the time, so if the layout is changed, responding firefighters will know before they go charging in.

Davidson and members of the FDNY were concerned that amendments proposed to the bill by the film industry would strip critical safety elements from it.

The FDNY sent a letter to NYC Council Speaker Corey Johnson, saying they have been working with Councilmembers Joe Borelli and Robert Cornegy on the legislation that will prevent fires on film sets and improve the safety of firefighters and civilians if a fire does occur.

FDNY Commissioner Daniel Nigro said it came to his attention that the film industry inserted language at the 11th hour that would weaken the FDNY's ability to implement safety measures.

The FDNY was concerned there were two changes to the bill that weaken the legislation.

"The months of work that went into this legislation created a bill that reflects a proper balance that promotes safety while not creating a substantial burden on the industry," Nigro went on to say. "These last-minute changes would restrict the tools that Fire Department uses to keep civilians and first responders safe and I hope that you consider passing the bills without the new language."

However, an agreement was reached and the bill is expected to be approved next week.

"We're thankful they didn't make any changes to the original language because at the end of the day, this was about safety," Michael Davidson's brother, Eric Davidson, said.

Bobby Eustace with the Uniformed Firefighters Union said they aren't looking to get in the way of the filming industry, but the bill will let them know what they're going after.

"It's an honor to think that even though Michael cannot be with us today, the way we desperately wish he could, he continues to live on through this bill," Eileen Davidson said.

Davidson left behind four children, two of whom were too young to have memories of their brave father. But now, the entire city will have a part of his legacy.