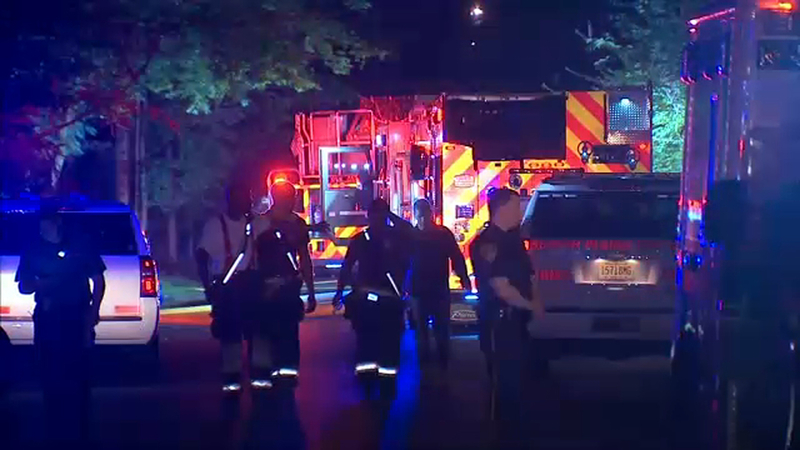 The fire broke out at about 2:45 a.m. at a two and a half story wood frame home on Prospect Street.

Firefighters encountered heavy fire on the first floor, and the flames spread to the upper floors as a third alarm was declared.

A male teen trapped in the fire was pronounced dead at the scene.

Two other family members who were in the house escaped without injury.

It took two hours for firefighters to bring the fire under control.

An investigation revealed that the fire was accidental in nature and was traced to a source outside the home's living room wall.
Report a correction or typo
Related topics:
westfieldnew jersey newsdeadly fire
Copyright © 2022 WABC-TV. All Rights Reserved.
TOP STORIES
Exclusive: Man frustrated after house set on fire by illegal fireworks
Highland Park parade shooter charged with 7 counts of murder
What we know about 7 victims of July 4th parade shooting
Highland Park 4th of July parade shooting survivors speak out
2 officers injured during attempted robbery at cellphone store in NYC
Masbia Soup Kitchen rescues produce from farmers markets
AccuWeather: Sunny and Warm
Show More
Woman found stabbed to death in bed inside Bronx apartment
3 dead, 24 wounded in July 4, overnight shootings across NYC
76 million-year-old dinosaur skeleton to be auctioned in NYC
Suspects wanted in burglary spree targeting schools in NJ
What to know if your flight gets canceled or delayed
More TOP STORIES News