Long Island dries out, cleans up after record rain, flooding 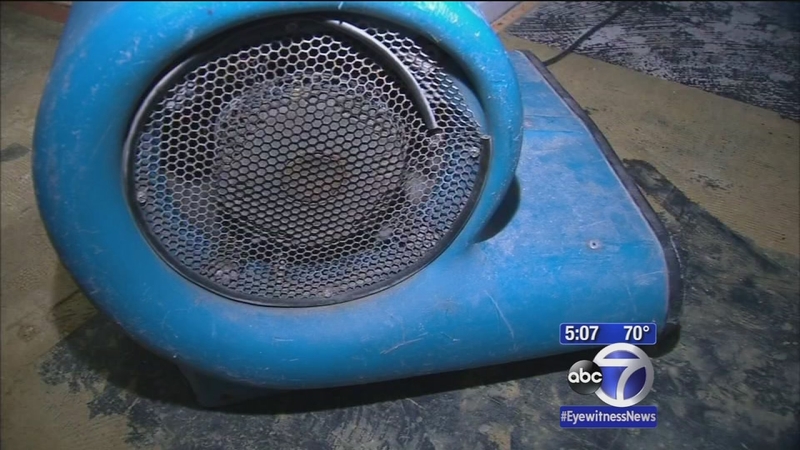 NEW YORK (WABC) -- For those who live on Long Island, it was a storm they'll never forget.

Now, residents will spend the weekend continuing the arduous task of drying out and cleaning up, all while some low-lying roads and underpasses remain under water. 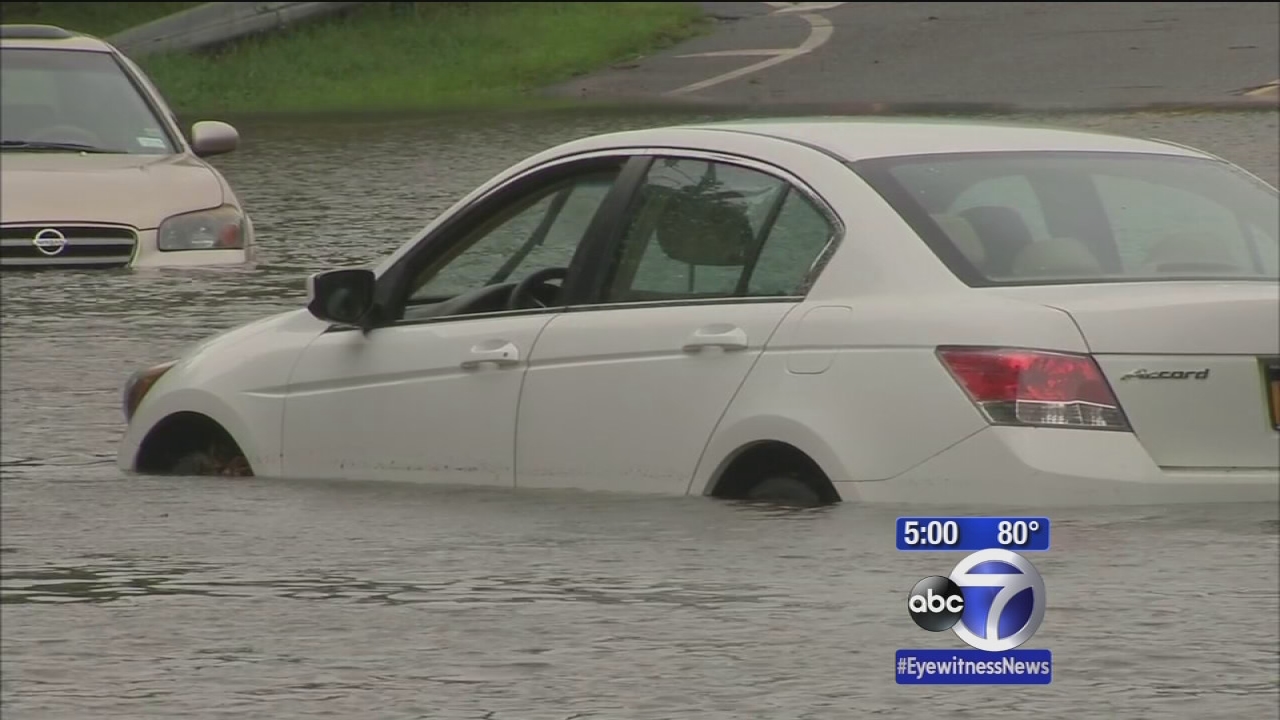 Many residents in Suffolk County are demanding answers, especially for those homes or businesses suffered damage that insurance will not cover.

State and local assessment teams hit the streets Friday, and if the numbers are high enough, residents could be eligible for federal aid.

"We have not yet received any formal request from the state of New York to look at any damage in Suffolk County," FEMA spokesman Don Caetano said. "It has to come from the governor."

Islip was hit particularly hard, with a drenching 13 inches falling in less than six hours. Some areas nearby saw just an inch or two, leaving many wondering why them?

"You just hear the water gushing through the walls downstairs in the basement," one woman said. "And it's coming up. It's just, I hope I still have a home."

At the Forum Diner, there were 7 inches in the basement. Anything that was lying on the floor had to be thrown out. 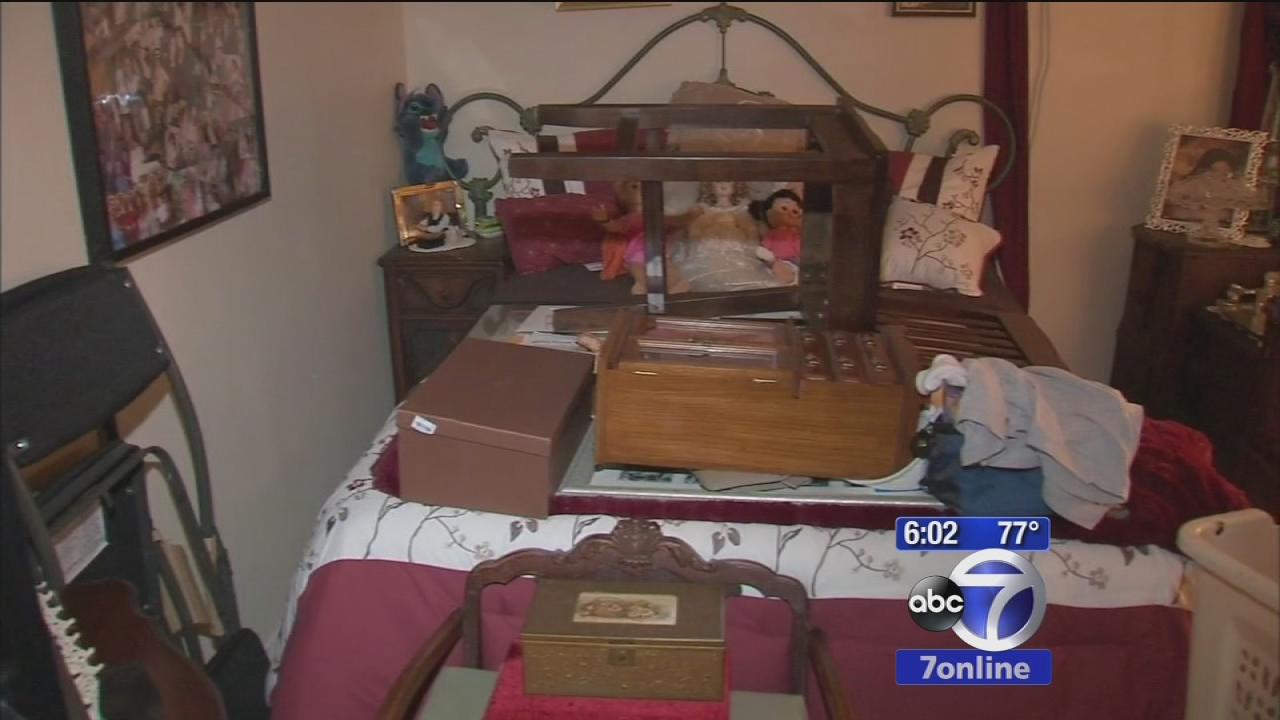 LI homeowners try to clean up after rainstorm
N.J. Burkett is in Suffolk County with the story.

Just up the road, residents and officials are still figuring out how to fix a large sink hole in a shopping center parking lot.

Town officials have also released a list of agencies available to assist residents, who should first call the Town's Emergency Operations Center at 631-595-3595 to report flooding locations.

For more information and updates, visit the Town of Islip website TownOfIslip-NY.gov.

Newscopter 7 was over the scene Wednesday afternoon in Islip, where heavy waters remained: 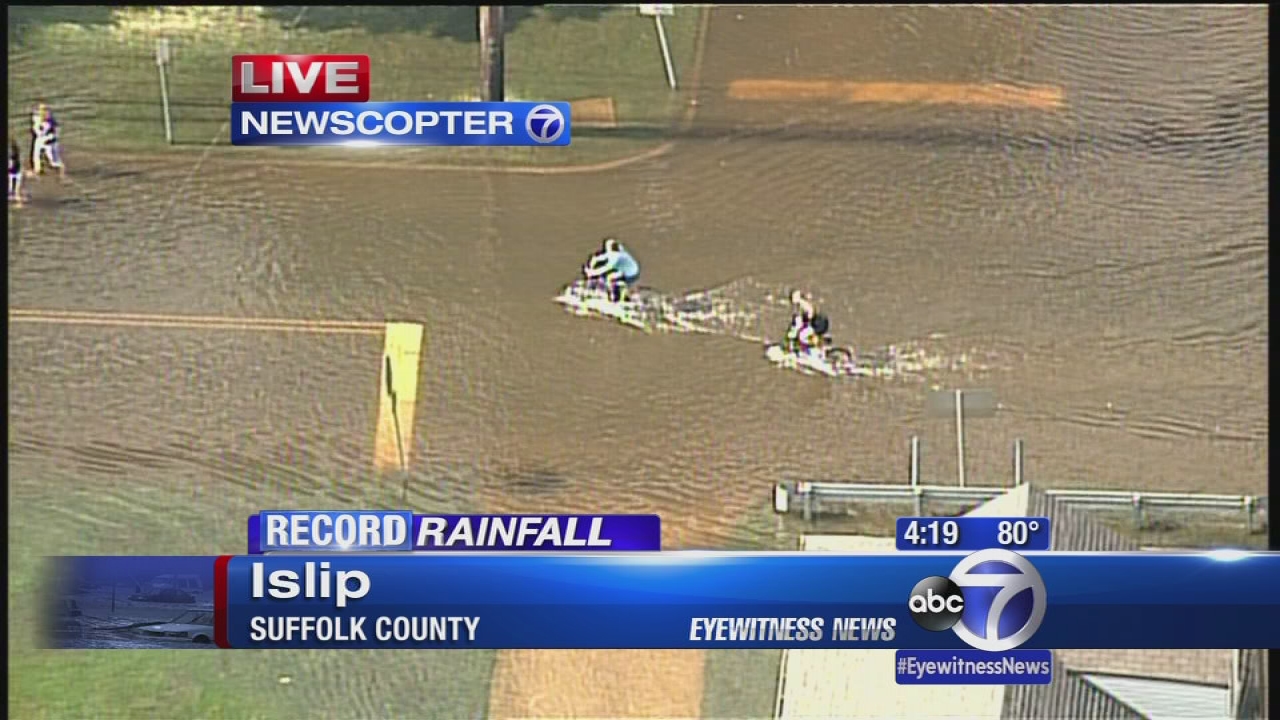 High water trapped people in their cars and homes, and the rain came down with such force in a concentrated area that it didn't have anywhere to go.

Water flooded out basements, homes and highways, and getting around was nearly impossible.

"The sewers are there, but they're so backlogged from water, from the tide and water from everywhere," one resident said. "So you can't really blame the sewers."

Islip and Brookhaven declared states of emergency after what County Executive Steve Bellone called it an "unprecedented" deluge.

Parts of the heavily traveled Montauk Highway on Long Island's South Shore were undermined and buckled. Service on a branch of the Long Island Rail Road was suspended as crews repaired track beds washed out by the storm.

Vinnie Russo, who owns White Cap Fish Market in Islip, said a lake came over Montauk Highway, wiping out a bulkhead and the driveway to his business.

"It looked like Niagara Falls right here," Russo said. "It was pretty bad."

"The plan of action is to get the permits pulled, contact FEMA to see what kind of help we can get, hopefully we have some rich neighbors who might be generous and move ahead," Russo said.

The storm also pummeled New Jersey, following a track similar to a typical winter storm, and dumped nearly 9 inches of rain in Millville, where a woman suffered broken ribs and a punctured lung when the walls of her basement collapsed due to flooding.

Volunteer firefighters on Long Island used trucks that stand high off the ground and that normally are used for brush fires to rescue stranded drivers.

Officials said a man died when a tractor-trailer hit his slow-moving SUV at the height of the storm on the Long Island Expressway.

On the Southern State Parkway in North Babylon, firefighters encountered about 50 vehicles either stuck in the rising waters or pulled off to an elevated apron on the side of the highway. 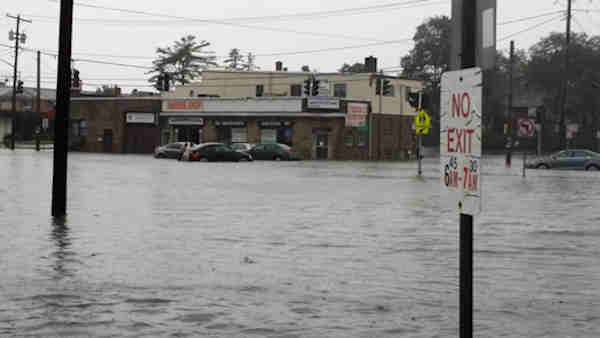 "We had occupants climbing out of windows because they couldn't open their doors," said Lt. Timothy Harrington, the first firefighter on the scene. "Some of the water was over the vehicles' roofs. I've never seen anything like this before."

In Bay Shore, it was hard to decide where to begin the cleanup at St. Peter's by the Sea Episcopal Church. Flooding reached just over a foot near the church and school, leaving feet of standing water in vital sections of the six-acre complex.

The church does not have flood insurance because leaders say it's too expensive -- a $300,000 premium -- because they're so close to the ocean.

"We were up over the top of the boiler, and I don't want to go in any further than this because I'm on the top step here," parishioner Phil Jacobs said. "The National Weather Center gave the warning about flash floods, and the heavens opened up. And in a matter of three hours, we had a foot of rain."

Rather than get upset about the loss, members kept the mood light-hearted, believing God will yet again provide.

"We give thanks, people who give so faithfully," a bishop said. "We welcome that. A lot of people continue to do good things. In the midst of tragedy there's always, it brings out the best in human qualities."