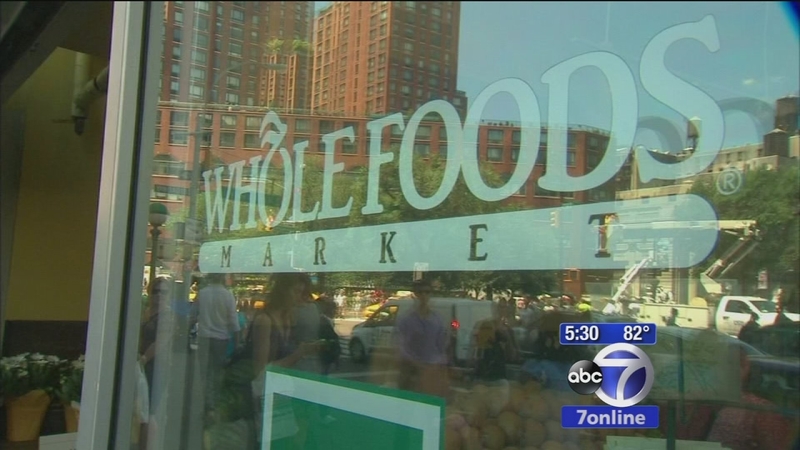 The audit uncovered that city stores routinely overstate the weights of pre-packaged products - including meats, dairy and baked goods - resulting in customers being overcharged.

"With Whole Foods, we found the problem to be most pervasive," Menin said. "This is really adding up to hundreds of dollars, potentially, a year for customers

Officials tested packages of 80 different types of pre-packaged products and found all of the products had packages with mislabeled weights.

Additionally, 89 percent of the packages tested did not meet the federal standard for the maximum amount that an individual package can deviate from the actual weight, which is set by the U.S. Department of Commerce. The overcharges ranged from $0.80 for a package of pecan panko to $14.84 for a package of coconut shrimp.

Menin said the findings point to a systematic problem with how products packaged for sale at Whole Foods are weighed and labeled. The snapshot suggests that individual packages are routinely not weighed or are inaccurately weighed, resulting in overcharges that were especially prevalent in packages that had been labeled with exactly the same weight when it would be practically impossible for all of the packages to weigh the same amount.

These products included nuts and other snack products, berries, vegetables, and seafood. In some cases, the issue was found for the same exact products at multiple stores.

"The violations are so pervasive and so extensive that we've had to expand the scope of our investigation," Menin said.

"It is unacceptable that New Yorkers shopping for a summer barbecue or who grab something to eat from the self-service aisles at New York City's Whole Foods stores have a good chance of being overcharged," Menin said. "Our inspectors tell me this is the worst case of mislabeling they have seen in their careers, which DCA and New Yorkers will not tolerate. As a large chain grocery store, Whole Foods has the money and resources to ensure greater accuracy and to correct what appears to be a widespread problem-the city's shoppers deserve to be correctly charged."

The fine for falsely labeling a package is as much as $950 for the first violation and up to $1,700 for a subsequent violation. The potential number of violations that Whole Foods faces for all pre-packaged goods in the city stores is in the thousands.

Whole Foods released the following statement in response to the report and accusations:

"We disagree with the DCA's overreaching allegations and we are vigorously defending ourselves. We cooperated fully with the DCA from the beginning until we disagreed with their grossly excessive monetary demands. Despite our requests to the DCA, they have not provided evidence to back up their demands nor have they requested any additional information from us, but instead have taken this to the media to coerce us. Our customers are our number one stakeholder and we highly value their trust in us."

An investigation in California, which began in 2012, also found pricing irregularities in that state's Whole Foods stores. City Attorneys for Santa Monica, Los Angeles, and San Diego brought a civil consumer protection case on behalf of the people of the State of California. As a result of that case, Whole Foods agreed to pay close to $800,000 in penalties and initiate a stringent in-house pricing accuracy effort that included a statewide compliance coordinator, a designated employee at each location for pricing accuracy, and random audits.

Tips for Shopping at the Supermarket

--Check your receipt. Most supermarkets use scanners to ring products up at the register, but just because there is a computerized system, that doesn't mean it's always accurate. Always review your receipt to make sure you were charged the advertised price, for the correct number of items, and that you weren't charged tax on non-taxable goods such as medicines and many foods. Visit the NYS Department of Taxation for a list of what items can't be taxed.

--Hold the store to its advertising. Ads must be truthful. If you see an ad, then the store must have the brand, variety and size of the item as advertised and any purchase restrictions must be stated in the advertising and not added on later in-store. Stores must honor their advertised prices and have reasonable quantities of the advertised goods available. If an item is out of stock, ask for a raincheck so you can buy it later at the sale price.

--Check the scales. Each scale in the store must have an up-to-date DCA sticker on it, certifying that it has been inspected and judged to be in working order. Scales must start at zero and come to rest before you are quoted a weight and or a price. Make sure the store doesn't overcharge you and deducts the weight of the empty packaging.

--Weigh your packaged goods. Supermarkets sell a lot of store-packed foods, like nuts, or fruits in packaging, or pre-packaged meats and those goods must have a label on them with product identity, net weight, and name and address of distributor. The market must also provide a scale within 30 feet of the section where those goods are sold, or a sign directing you to the nearest scale. That way you can check that you are being charged an accurate price for the weight of the item you are buying.

--Look for prices. The item price must be on an individual label, stamp or tag on the item itself. There are some exceptions to this rule, including tobacco, bulk food, eggs, fresh produce, milk and items on sale for seven days or fewer. The unit price - meaning the cost per pound, pint or other unit of measure - must be listed on the shelf near most products.

--Make a shopping list, check for sales and coupons, and comparison shop. You can save time and money if you know what you need and shop for the best price. Having a list will make you less likely to be tempted while you're shopping and help you stick to your budget. There are a lot of coupons available online and by using smartphone apps, you might even be able to find some items online for less and save yourself a trip.