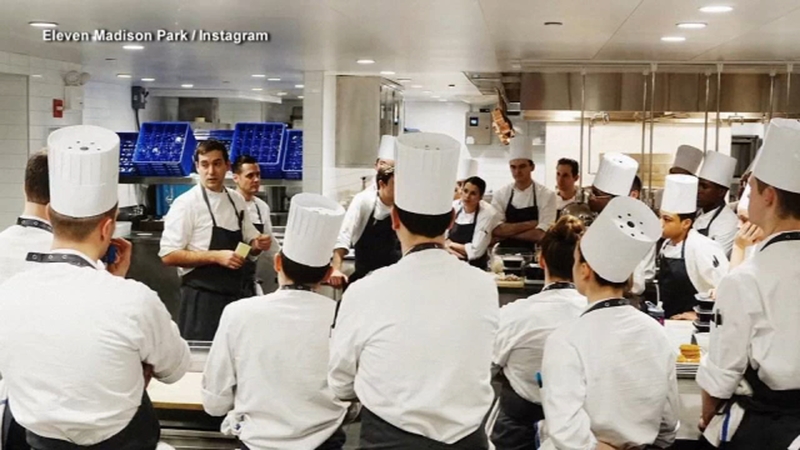 NEW YORK -- One of Eleven Madison Park's most iconic dishes has been whole roasted duck with daikon and plum -- it's a classic of the restaurant, and one its most long-standing offerings. But when the restaurant reopens next month after more than a year, that dish, and many others it has become known for, will no longer be available.

The three-Michelin-starred New York restaurant will be going completely plant-based when it reopens next month, it announced Monday -- becoming one of the most high-profile restaurants to do so.

"I'm excited to share that we've made the decision to serve a plant-based menu in which we do not use any animal products -- every dish is made from vegetables, both from the earth and the sea, as well as fruits, legumes, fungi, grains, and so much more," chef and owner Daniel Humm wrote in a statement on the restaurant's website.

As more plant-based options have popped up on menus across the country, gone are the days when vegetarianism or veganism were fringe diets. Humm has previously said he believes the future of restaurants is vegan.

In an interview with NPR's "How I Built This," Humm said the way people eat meat is "not sustainable," similar to the reasons Epicurious gave.

And though in his statement, Humm said he recognizes the risk of making such a move, he also said he believes it's worth it.

"It is time to redefine luxury as an experience that serves a higher purpose and maintains a genuine connection to the community," he wrote on the restaurant's website. "A restaurant experience is about more than what's on the plate. We are thrilled to share the incredible possibilities of plant-based cuisine while deepening our connection to our homes: both our city and our planet."

Eleven Madison Park is scheduled to open June 10 for dining.

A passenger was arrested for a mid-flight brawl aboard American Airlines 1357 from Miami to New York Sunday after she allegedly attacked a flight attendant.