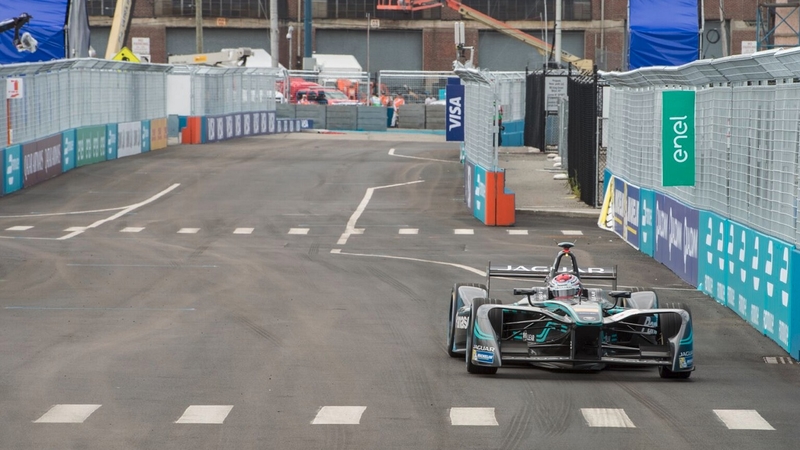 RED HOOK, Brooklyn (WABC) -- After more than a century, motor sports are making a New York City comeback. It was a sight to behold in Brooklyn on Saturday as Formula-style electric race cars zoomed through Red Hook as thousands of spectators were there to witness the super-charged event.

"If it was Formula One, it would be too loud, and we could not do it. These cars go 140mph and we can have a regular conversation," says Formula E Advisor Mike Hooper.

The two-day event is expected to attract up to 15,000 visitors on both days.

12-year-old Jovani Williams might be dreaming of his turn behind a Formula E wheel - he is ranked third in New York State for go-cart racing in cars that go 75 miles-per-hour.

"They're really cool, but they don't make a lot of sound. I'm not used to it," says Williams.