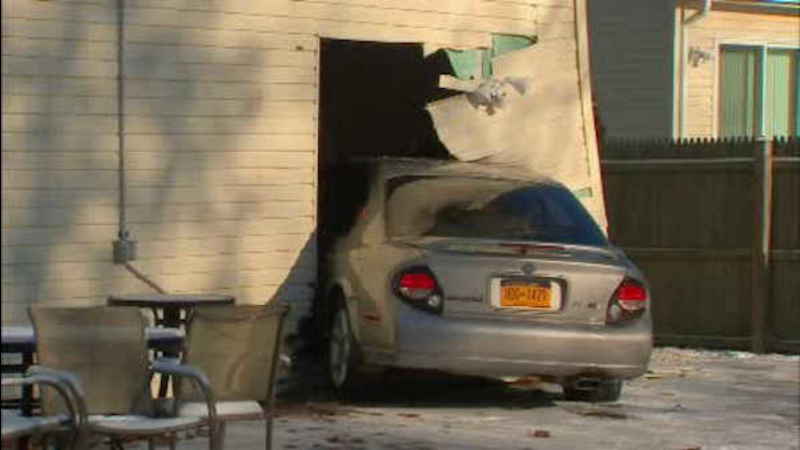 WEST BABYLON, Long Island (WABC) -- West Babylon High School was back in session Wednesday after more than 30 people were taken to the hospital Tuesday, sickened by fumes that have been been determined to be mace.

The school was evacuated after a 911 call came in about noon, with students saying they were feeling dizzy. Some reported having difficulty breathing, and many of the patients complained of burning in the backs of their throats. EMS ended up transporting 35 students and faculty members to the hospital with respiratory problems.

"I started hyperventilating, and they put me on oxygen and took me here," senior Krista Giordano said.

Authorities say the investigation uncovered that two students had sprayed mace in the school hallway.

School officials say the suspects will be disciplined.

"The Suffolk County Police Department has advised the district that they have concluded their investigation regarding yesterday's incident at the Senior High School. It has been determined that two high school students discharged mace into a hallway, which prompted the evacuation. There was no chemical leak. This was an isolated incident and there is no cause for concern. The district's top priority is the safety and welfare of our students and staff. I am pleased to report that there is closure to this event and there is no threat to the health and safety of our students and staff.

"The families and students involved in this matter have been very cooperative throughout the process. The individuals responsible for this incident will face appropriate disciplinary actions in accordance to the district's code of conduct.

"I'd like to thank the administration, HS staff, faculty and students, as well as all responding agencies, for their prompt and professional responses. Thank you again for your ongoing understanding and support."

All of the victims were treated and released from the hospital. A basketball game and winter concert at the school Tuesday night were canceled.