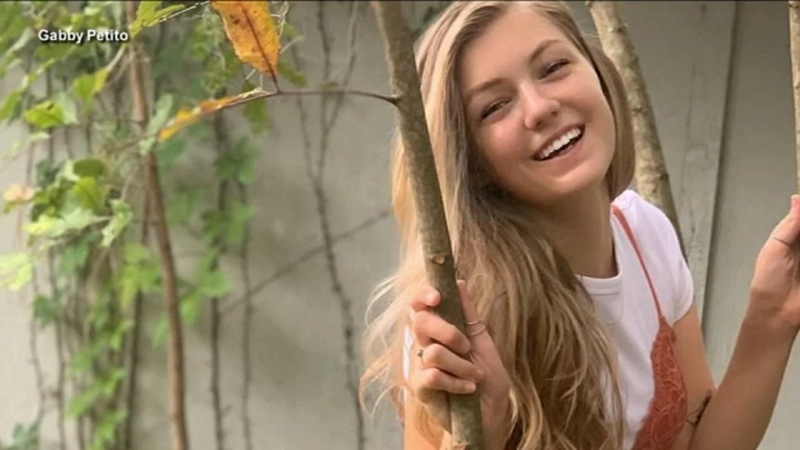 FLORIDA (WABC) -- In the latest update to the tragic death of Gabby Petito, Brian Laundrie's parents have filed a motion to dismiss the lawsuit filed by her family.

Joseph Petito and Nichole Schmidt, Gabby's parents, filed a lawsuit earlier this month claiming Brian Laundrie told his parents about murdering his fiancé of one year after he returned home from a cross-country trip without her in September.

Investigators believe Laundrie strangled Petito, due to a prior history of fighting between the couple.

Gabby Petito's body was later discovered in a Wyoming national park and authorities suspected foul play from the start.

National attention shifted to a manhunt for Laundrie, as he was the last person to be seen with his fiancé.

Laundrie would later fatally shoot himself in the head at the swampy Carlton Reserve in Florida. Authorities found his remains on September 28.

However, the Petito's allege that between Laundrie's return home and his disappearance, he confessed to the murder.

The Laundries filed a motion to dismiss the lawsuit on Wednesday.

"A motion to dismiss the baseless and frivolous lawsuit commenced by Gabby Petito's parents was filed in court," said attorney Steven Bertolino who's representing the Laundries. "Myself and my colleagues at Trombley & Hanes, who are representing Chris and Roberta Laundrie in this matter, are confident that the constitutional rights of all citizens of this country will be protected by the dismissal of this lawsuit."
Report a correction or typo
Related topics:
murderlawsuitgabby petito
Copyright © 2022 WABC-TV. All Rights Reserved.
GABBY PETITO
Small town girl's journey from cheerleader to sex-trafficked 'hostage'
'Missing:" Corrina Paige Slusser (TRAILER)
New series focuses on missing people in the Tri-State area (TRAILER)
Young mother goes missing in Brooklyn, mom's desperate search for her
TOP STORIES
Suspect paced Q train before fatally shooting man unprovoked: police
3 people killed in crash near catering hall on Long Island
Body of teen who disappeared while swimming in NJ reservoir found
Celebrate Israel Parade to kick off in NYC with heightened security
AccuWeather: Cooler start to the week
Buffalo mass shooting victims laid to rest one week after tragedy
Heat Advisory issued ahead of possible record-breaking temperatures
Show More
78,000 pounds of infant formula arrives in US
NJ police impose curfew after large party gets out of hand
Suspect breaks into NYC apartment, stabs man to death
Empire State Building lit to honor Notorious B.I.G.'s 50th birthday
Fate of 2,500 Ukrainian POWs from steel plant stirs concern
More TOP STORIES News