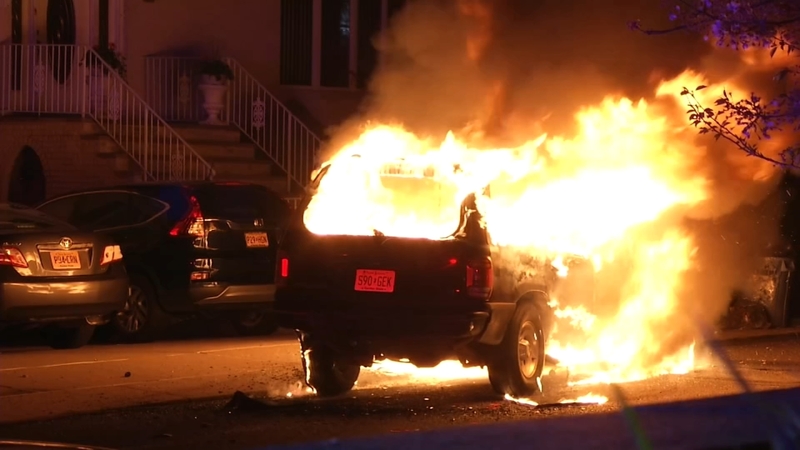 The accident happened in the area of MacArthur Avenue and Charles Street in Garfield just before 2 a.m.

Officers Daniel Taylor and Marvin Monroig arrived on scene to find a 2000 Ford Explorer fully engulfed in flames after it had crashed into the rear of a parked vehicle. The driver was slumped over the wheel.

"They couldn't get the doors open," Garfield police Captain Darren Sucorowski said. "They had to use their ax to break the window and drag the driver out."

The officers broke the windows and forced open the door to gain entry to the SUV as it was filling with smoke. The driver, a 61-year-old Clifton resident, was then carried to safety.

The preliminary investigation revealed that the driver struck a total of 12 parked cars on MacArthur Avenue prior to the fire.

The man was rushed to the hospital in unknown condition. No other injuries were reported.

The circumstances of the crash are presently unknown and remain under investigation, but authorities say it does not appear alcohol was a factor.