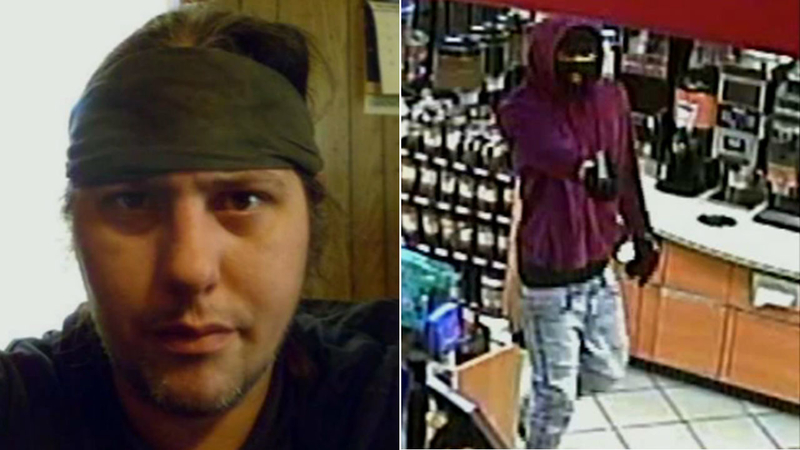 EDISON, New Jersey (WABC) -- A gas station employee was fatally shot and killed during a robbery in New Jersey Thursday morning, even though he seemingly complied with the suspect's demands.

The victim, 38-year-old John Bertram, of Fords, was shot at a Speedway gas station on Amboy Avenue in Edison just after 4 a.m.

"The person came in, obtained the drawer full of cash," Middlesex County Prosecutor Andrew Carey said. "As he went out, it appears he fired one shot, killing the clerk behind the counter."

Officials described the suspect as a tall, skinny man who was wearing jeans and a maroon or dark red hooded sweatshirt. The suspect was also wearing a mask and gloves.

He fled the scene, possibly in a Lyft vehicle, and authorities later took someone into custody in connection with the case. But the person in custody has been released after being questioned..

Another employee who was at the gas station during the shooting was not hurt.

"My thoughts and prayers, and those of the Edison community are with the victim's family," Edison Mayor Thomas Lankey said. "I have confidence in our police department's investigative capabilities, working alongside county prosecutor's detectives, to find and bring the perpetrator of this heinous crime to justice."

UPDATE: Police have made two arrests in this case. Marcus Wright, 22, of Beaufort, South Carolina, was arrested in South Carolina and is charged with first-degree murder, first-degree armed robbery, conspiracy to commit armed robbery and possession of a weapon for an unlawful purpose, both second degree crimes. Olya Quinnam, 22, also of Beaufort, South Carolina, was apprehended and charged with conspiracy to commit armed robbery and hindering apprehension, both second degree crimes.
Suffolk County Police say the two Edison suspects are persons of interest in the Dec. 19 armed robbery of a 7-Eleven in West Babylon, a holdup that had similarities to the New Jersey gas station murder.