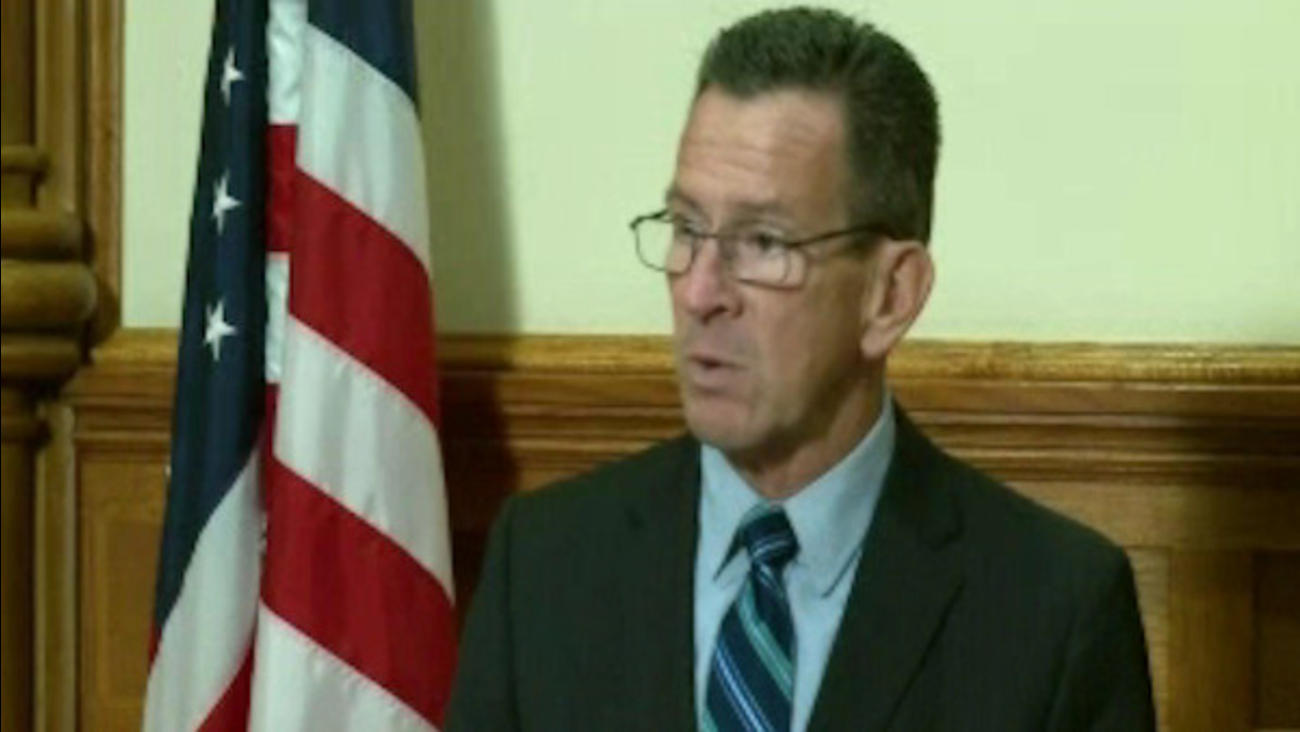 SOUTH BEND, Ind. -- A Syrian family that fled the war-torn country in 2011 was welcomed Wednesday to its new home of Connecticut after Indiana officials objected to plans for the refugees to resettle in their state.

The married couple and their 5-year-old son had been living as refugees in Jordan and been waiting three years to resettle in the United States. They were scheduled to arrive in Indianapolis Thursday but were diverted when Gov. Mike Pence ordered state agencies to halt resettlement activities after the deadly attacks in Paris.

"I have to say they were absolutely wonderful and charming folks," Malloy said at a news conference. "I told them that people in the United States are generous and good people but sometimes things happen elsewhere that cause people to forget about their generosity, forget about their native warmth and spirit."

Indiana is among the more than half of states, most of them with Republican governors, that have objected to the arrival of the Syrian immigrants without assurances of proper security measures in place. The Indiana Family and Social Services Administration sent letters Tuesday to Exodus Refugee Immigration Inc. in Indianapolis and Catholic Charities Indianapolis saying plans to accept two Syrian families should be halted.

Carleen Miller, Exodus Refugee's executive director, said she doesn't believe the state has the power to stop the resettlements but thought she had no choice but to find another place for the refugees to live with their arrival imminent.

"I did not want this family to be put through any more scrutiny or drama," she said. "Would I have wanted to have more time to push back and say that this is not constitutional, that refugees can go to any state that they want because they're admitted to the U.S., not into a state? Yes. But this was a really urgent situation and I needed to make a decision on behalf of the families."

Pence, a Republican, said Tuesday he believes states can stop refugees from relocating and that it was appropriate to do so after reports that a Syrian refugee was part of that attack.

"We're very confident that we have the legal authority to suspend the resettlement program relative to Syrian refugees in the state of Indiana and I think it is the proper course," he said.

Smith said the family scheduled to arrive in December is just the second her organization has handled. She said a family of five arrived in October.

Malloy, a Democrat, told The Associated Press Wednesday that governors trying to block the entry of Syrian refugees are trying to make "political capital."

Malloy clashed with Pence earlier this year after the Indiana governor signed a religious objections bill into law, calling him a bigot on national television. Malloy said Wednesday he was not surprised by Pence's effort to block the refugees.

"This is the same guy who signed a homophobic bill in the spring, surrounded by homophobes," Malloy said. "I'm not surprised by anything the governor does."

Malloy said he felt the need to tell the couple they were coming to a country where most of the population came from another place. He said told them about how his own family originally came to the U.S. from Ireland about 100 years ago.

"They know that they've been diverted. They know that they were unwelcomed in another state," Malloy said. "We're not in the position to take everybody from Syria, but Connecticut should take its share."
Related topics:
new havenrepublicansfamilysyria
Copyright © 2022 by The Associated Press. All Rights Reserved.
TOP STORIES
Massive protests held in NYC after Supreme Courts overturns Roe v Wade
Supreme Court overturns Roe in landmark case on abortion rights
Brian Laundrie's notebook revealed: 'I ended her life'
Companies willing to cover travel costs for those getting an abortion
Tri-State reacts to Supreme Court overturning Roe v. Wade
What does Supreme Court abortion ruling mean for NY, NJ, and CT
Congress sends landmark gun violence compromise to Biden
Show More
Biden vows to 'do all in my power' to protect abortion access
Juul can keep selling e-cigarettes as court blocks FDA ban
Funeral held for FDNY firefighter killed by tree limb in NC
Mother of 3 prepares to donate kidney to 2-year-old son
Teen subway surfer severely injured after falling off train in NYC
More TOP STORIES News