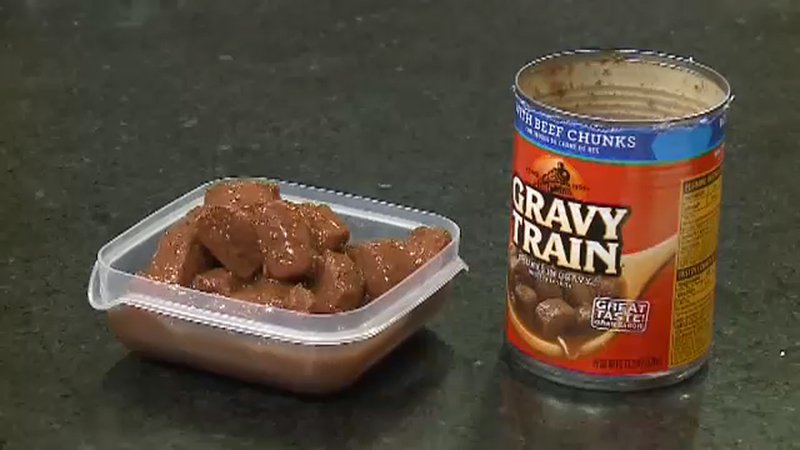 FENTON, Missouri (WABC) -- A woman is mourning the loss of her miniature schnauzer, Baby, which died after she said he ate tainted dog food.

Judd blames the dog's death on Gravy Train wet dog food. She says the dog's health deteriorated after he ate the food in October.

Judd took Baby to the veterinarian, who thought the schnauzer had been poisoned.

The J.M. Smucker Company, which makes the dog food, issued a recall notice in February due to traces of pentobarbital found in Gravy Train dog food. Pentobarbital is commonly used to euthanize animals.

Baby died in December, and after Judd complained to the company (prior to the recall), she received a letter and a coupon.

The Food and Drug Administration has launched an investigation.

JM Smucker released a statement saying the contamination was traced to a single supplier at one manufacturing facility. Customers who already purchased the products can call the company for a refund or replacement product.