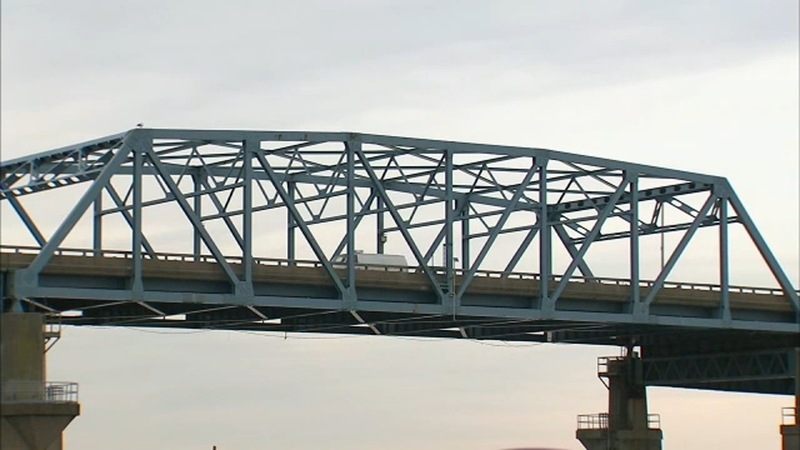 SECAUCUS, New Jersey (WABC) -- The Route 3 bridge over the Hackensack River is getting a long-awaited $143.6 million upgrade.

"The Infrastructure Investment and Jobs Act is the largest investment in America's bridges since the creation of the federal highway system, and boy do we need it," Menendez said. "Throughout New Jersey, we have about 500 bridges in a state of disrepair, including the Route 3 bridge."

The heavily traveled bridge is among the first in New Jersey to benefit from the $1.2 trillion bipartisan Infrastructure Investment and Jobs Act that President Joe Biden signed into law in November.

"From providing funds to clean up toxic Superfund sites, replace lead pipes, and now repair our state's crumbling bridges, the bipartisan Infrastructure Investment and Jobs Act is positioning New Jersey to build a stronger economy that will help us to recover from this pandemic," Booker said. "This investment into our bridges will allow our country to be more competitive globally, build a 21st-century transportation system, and create jobs that will bolster the entire economy.

In all, New Jersey is expected to receive over $1.1 billion over the next five years to make upgrades and repairs to 502 bridges across the state that are considered in poor condition.

The $229 million slated for 2022 represents the first installment, and that money will allow the eastbound span of the Route 3 bridge to be rebuilt.

The new span will include space for a light rail line that could allow easier future access to sites across the river, including the American Dream retail and entertainment complex at the Meadowlands in East Rutherford.

"That is, in and of itself, a potential game-changer," Murphy said. "Obviously linking in and relieving a lot of the traffic."

The eastbound span was built back in 1934 and has been the subject of emergency repair projects over the last decades.