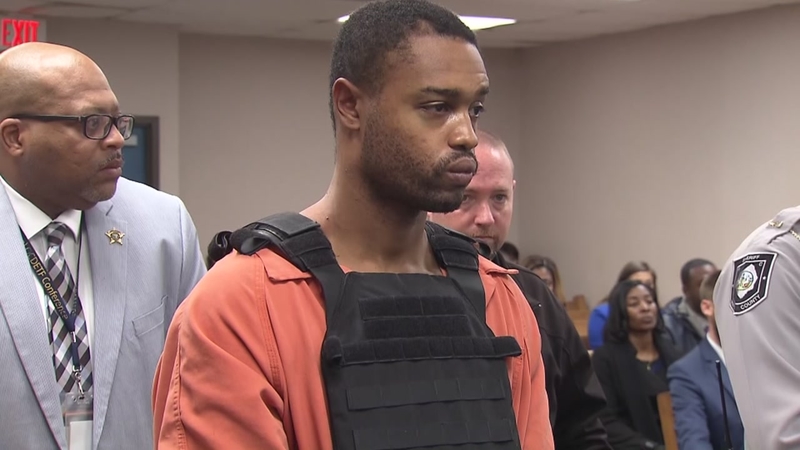 ROBESON COUNTY, N.C. -- The man accused of kidnapping and killing 13-year-old Hania Aguilar in North Carolina is now also charged in an unsolved rape from 2016 thanks to investigative work that connected his DNA to both cases, authorities said.

Michael McLellan, 34, appeared in court for both cases Monday. The judge in Aguliar's case revoked McLellan's bond and also said McLellan could face the death penalty in the case.

Judge revokes bond for McLellan. Says if convicted, the maximum punishment is the death penalty. Right now, he’s being walked out of one courtroom and into another for an unrelated case. #abc11 pic.twitter.com/d2nS6qKsVY

Right after that hearing, McLellan also appeared in Superior Court for the other rape case.

According to Robeson County District Attorney Johnson Britt, that case was solved while police were investigating Aguilar's death and kidnapping.

Authorities used McLellan's DNA to connect him to the 2016 case, and he was indicted by a grand jury last Monday on charges of rape, burglary and robbery with a dangerous weapon. He is being held on $5 million bond.

When asked why the FBI and Lumberton police insisted after Aguilar's body was found that McLellan was not a person of interest in the case even though rumors were circulating on social media that he had confessed, Britt said that it was because they were trying to build a case based on "proof beyond a reasonable doubt."

He said McLellan became a suspect shortly after the stolen SUV was found.

"There was sufficient evidence that we could have charged him but there was a hole that needed to be filled and that hole was finding Hania," he said.

Britt also said they didn't want to release McLellan's name "for the sake of avoiding the prejudicial effect on the subsequent prosecution."

"So Chief McNeil and the FBI were told by me that they were not going to release Mr. McLellan's name until we had sufficient evidence we believed to convict him," he said.

Britt said McLellan has not confessed in the case.

Aguilar was abducted from outside of her home November 5, with the frantic search to bring her home ending November 27 when authorities found her body in Robeson County.

McLellan faces charges of kidnapping, rape, and murder in her case.

McLellan had been in custody since November 13, when he was arrested on charges stemming from a case unrelated to Aguilar's murder or the 2016 rape.

According to that arrest warrant, McLellan was charged with possession of a firearm by a felon, second-degree kidnapping and attempted robbery with a dangerous weapon stemming from an incident on October 15 in which he allegedly pointed a gun at a woman and attempted to steal her car and money.

Britt said Monday that McLellan's DNA from that case was used in the investigation of Hania's case.