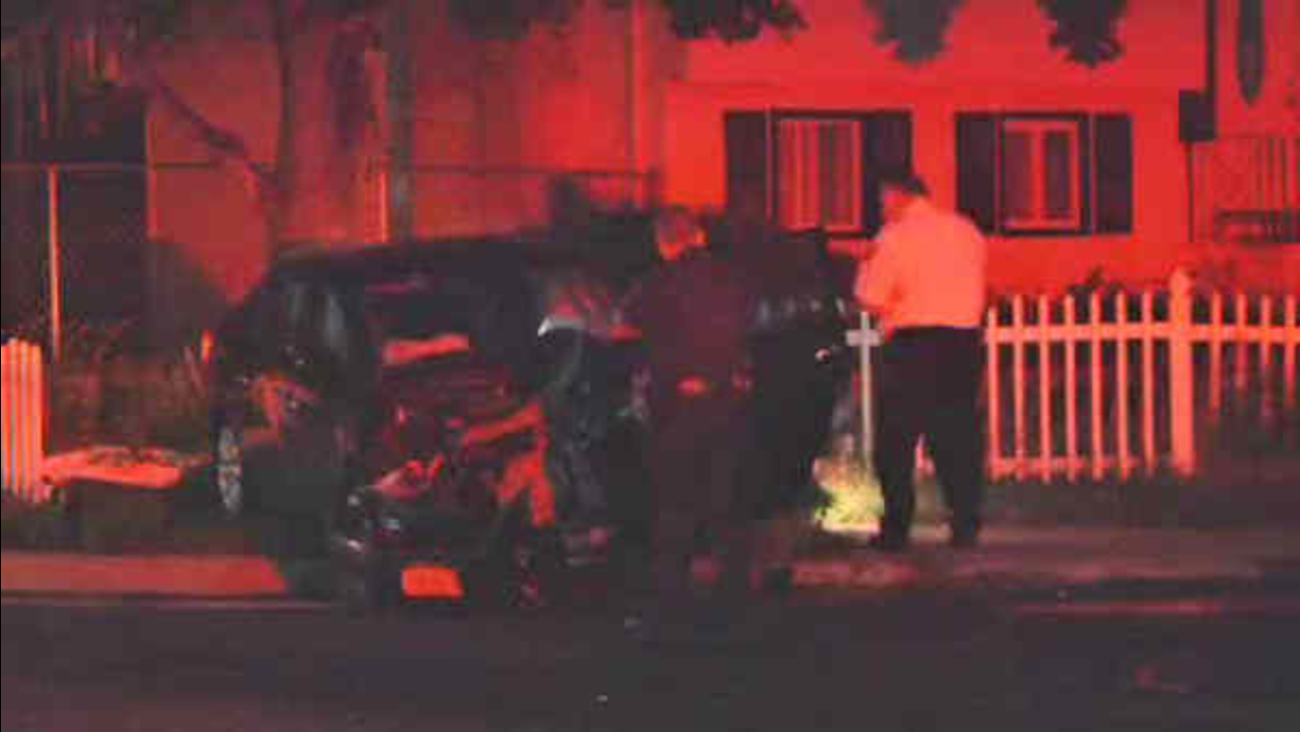 HAUPPAUGE (WABC) -- Two police officers attempting to perform a traffic stop on Long Island Sunday night were injured when their patrol car was struck by another vehicle.

The incident happened around 10 p.m. on Wicks Road in Hauppauge.

Officials say two Suffolk County officers were pulling over a vehicle when another car pulled out in front of them from a side street.

The vehicles collided, and the civilian car spun off the road.

One of the officers suffered wrist pain and the other knee pain. Both were treated and released from Southside Hospital.

The driver and a passenger in the other car were taken to area hospitals with minor injuries.

There is no word on the whereabouts of the car that the cops were trying to pull over and for what reason.