A new deal will funnel millions of dollars into an operation to replace thousands of old pipes.

The program comes weeks after high lead levels were detected in the city's water system.

It is a crisis the city has been dealing with for years. First, they gave people water filters. But the situation escalated when federal authorities came in and said the filters were not doing enough.

On Monday, Essex County announced a new $120 million bond to speed up the replacement of more than 15,000 lead service lines.

Essex County will borrow the $120 million to loan to the city, but because the county has a AAA bond rating, the interest rate will be significantly lower, saving Newark $15 million to $20 million in interest during the life of the 30-year loan.

"With this new money, we're anticipating that no one would have to pay anything to get their lead service lines actually replaced," Mayor Ras Baraka said.

The new money from the county is in addition to a $75 million bond the city took out in March.

"Today's announcement appears to be a step in the right direction towards achieving what (the Natural Resources Defense Council) and its partners requested over a year ago, lead service line replacement quickly at no direct cost to residents," said Dimple Chaudhary, a senior attorney with the NRDC and lead counsel in the Flint lawsuit that resulted in that city replacing its lead pipes. "However, given the city and state's ongoing mismanagement of this crisis, federal court oversight of Newark's pipe replacement program is critical."

The original timeline called for fixing the issue in eight years, while the new timeline calls for the pipes to be replaced over a period of 24 to 30 months.

It also means that the 700 homes that have already had their lines replaced will no longer be assessed the required $1,000 fee. On top of the loan from the county, the state is helping out too.

"I'm proud of the state's own partnership to help finance this project through $12.2 million in support in the first year," Governor Phil Murphy said. 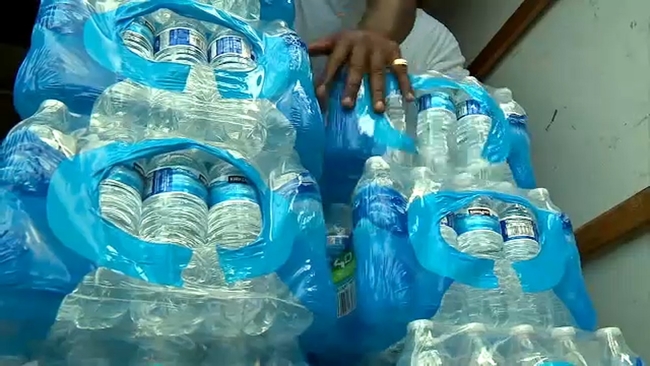