AP
NEW YORK CITY -- The coronavirus has cut an unequal path of grief through New York City, hitting hardest in a ring of predominantly poorer, nonwhite neighborhoods a long subway and bus ride from Manhattan, according to data released by the city Monday.

The new accounting of fatalities by neighborhood revealed that the ZIP code with more deaths per capita than any other place in New York is the one that contains Starrett City, a huge complex of apartment towers in Brooklyn that is the largest federally subsidized housing development in the country.

Of the area's roughly 12,400 residents, 76 have been killed by the virus. Nearly 63% of the people living in the ZIP code are black. It is also the ZIP code with the largest percentage of older people in the city, likely a contributing factor in the high fatality rate.

Other areas of the city with unusually high death rates shared some characteristics with the complex, which is in a far-flung part of Brooklyn not far from Kennedy Airport.

Brooklyn's Coney Island and the Far Rockaway section of Queens both had high fatality rates, as did the northeastern-most parts of the Bronx, including Co-Op City, another huge apartment development upon which Starrett City was modeled.

The data released Monday reinforced earlier revelations that black and Hispanic New Yorkers were both more than twice as likely to be killed by the virus as white people.

And it also showed a direct link between death and poverty.

Jonathan Westin, executive director of New York Communities for Change, a group that advocates for low-income communities, called the disparities devastating. He said Gov. Andrew Cuomo and Mayor Bill de Blasio, both Democrats, could have lessened the impact of the pandemic on the poor.

"It's a crisis that they haven't canceled rent for the millions of people who have no jobs or are forced to go to work because they can't pay their rent and are living in overcrowded situations already and then bring the coronavirus home because they have to work, they have to make rent, they have to live," Westin said.

COVID-19 has killed at least 16,000 New York City residents, plus another 4,800 whose deaths weren't immediately confirmed by a lab test.

Josh Einiger has more on the data released Monday that reinforced earlier revelations that black and Hispanic New Yorkers were both more than twice as likely to be killed by the virus as white people. 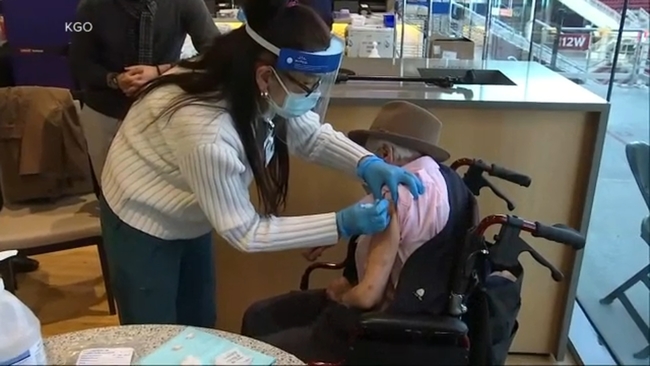