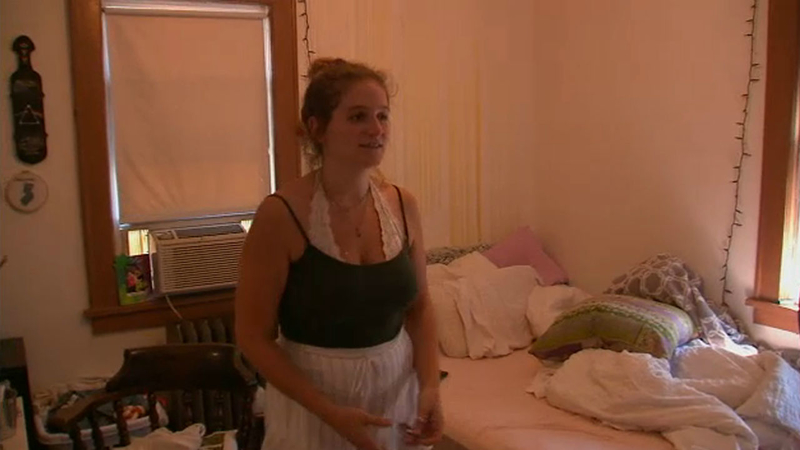 HEMPSTEAD, Long Island (WABC) -- Police on Long Island are searching for the suspect behind an armed home invasion near Hofstra University.

Authorities say the man walked into Jamie Rollo's off-campus house she shares with some sorority sisters in Hempstead just after 11:30 p.m. Monday.

The suspect entered the room where the Hofstra senior and her boyfriend were sleeping and reportedly pointed a gun at her head and demanded money and jewelry.

Rollo said she didn't have much money, so the suspect took her MacBook off her desk and even had her write down her password and test it for him.

He made more demands at gunpoint before going into another room and stealing a Go Pro camera before leaving.

The suspect was described as a black male in his 30s, wearing a black hoodie, black sweatpants and an American Flag bandana covering part of his face.

No one was hurt, but the incident is troubling to the many students starting college this week. Experts warn with all the talk of on-campus safety, it is important to talk about off-campus safety too.

Hofstra University sent out a campus-wide alert and offered the students in the home counseling.

Residents in the neighborhood hope police will increase their patrols because the gunman is still on the loose. Anyone with information is urged to call Crime Stoppers at 1-800-244-TIPS. All callers will remain anonymous.