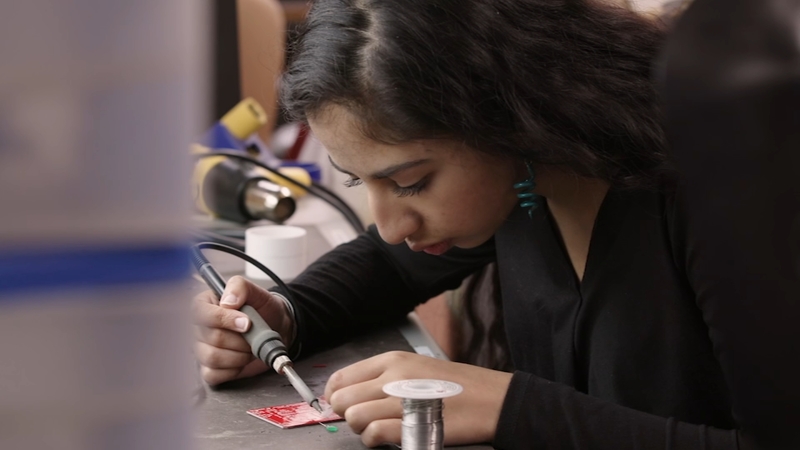 After attending Yale University, she reported and produced for the New Haven Independent, The Huffington Post, ABC News, Univision and Fusion.

Costantini's newest film, Science Fair, is her first feature. Long before Cristina was an investigative journalist, she was a science fair nerd.

As a shy high school kid from Wisconsin, the international science fair is where she found her tribe. The documentary Science Fair is a love letter to a world that validated her during the dark years of high school.

Hailed by critics as "immensely likeable," Science Fair is now the winner of the audience award at Sundance and SXSW. The film follows nine high school students from around the globe as they navigate rivalries, setbacks and, of course, hormones, on their journey to compete at The International Science and Engineering Fair.

As 1,700 of the smartest, quirkiest teens from 78 different countries face off, only one will be named Best in Fair.

The film offers a front seat to the victories, defeats and motivations of an incredible group of young men and women who are on a path to change their lives, and the world, through science.

"Science Fair is a love letter to the subculture that saved me. It validated my passion for science, taught me how to dedicate myself to a goal and set my life on a trajectory that would have otherwise been totally impossible," said Costantini.