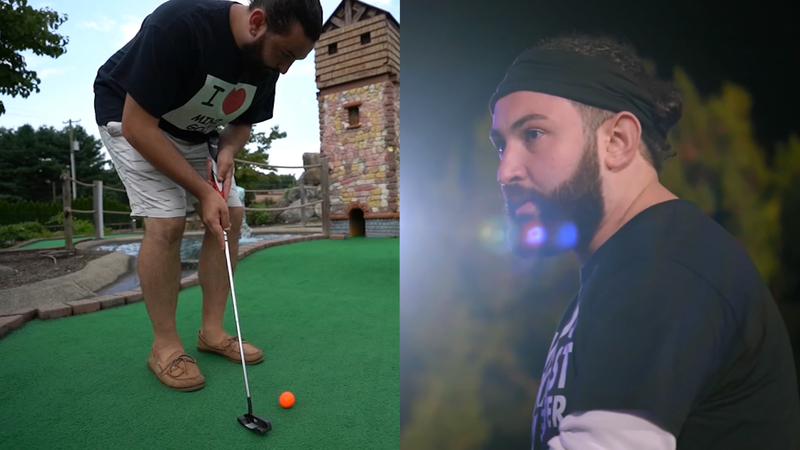 PARAMUS, New Jersey (WABC) -- On this week's brand-new 'Holey Moley', it's east coast versus west coast when a local New Jersey contestant, Joe DePrima of Cliffwood Beach, New Jersey, faces off with California native, aka "the wizard of mini-golf" in a round that culminates in a sudden-death putt-off tiebreaker.

ABC's new primetime summer show 'Holey Moley' is miniature golf on a grand scale, even though there's nothing miniature about it.

Winners will move on to round two and from there, only three will make it to the final hole - the daunting "Mt. Holey Moley."

At the end of each episode, one winner will be crowned and walk away with the $25,000 prize, "The Golden Putter" trophy and coveted "Holey Moley" plaid jacket.