Some retailers open on Thanksgiving Day to attract holiday shoppers 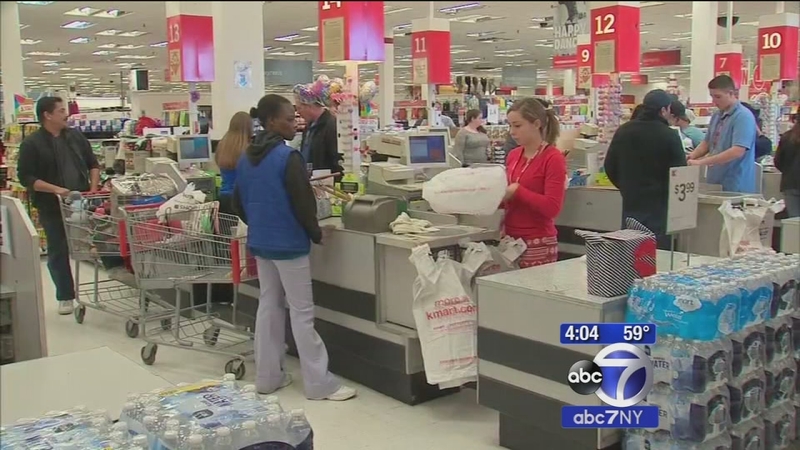 Shoppers get deals on Thanksgiving Day

BOHEMIA, Long Island (WABC) -- On this Thanksgiving, some stores were hoping people would skip the turkey for some early holiday shopping.

K-Mart opened its doors at 6 a.m. at many locations, and by 5 and 6 p.m., a handful of other stores will follow suit.

As of noon, however, not too many shoppers were coming through those doors in Bohemia, Long Island.

Most people we spoke to weren't doing holiday shopping, just grabbing some last-minute things for their Thanksgiving celebrations.

The aisles were virtually empty at K-Mart In Bohemia Thursday morning.

"Did you expect more people to be here?", we asked. "Yeah I thought it was going to be more people," said Central Islip resident Paola Fuentes.

For people who don't like holiday shopping crowds, these are ideal conditions.

"Figured I get a head start and beat the crowds because I'm not a Black Friday person, I can't take crowds," said Setauket resident Lori Rook.

K-Marts across the country opened at 6 and will remain open until 10 o clock Friday night, hoping to attract bargain hunters.

But many companies perhaps are starting to think that opening on Thanksgiving isn't actually helping their bottom line.

For example Macy's, Target, Toys R Us and Best Buy opened at the same time Thursday morning as they did last year.

And outdoor equipment retailer REI is taking it a step further. They're closed on Thanksgiving and Black Friday.

"There are now so many sales online that it's almost like there's no point in being bombarded by other human beings at stores," said Melody Hahm.