6 homes burn in massive fire in Bronx; could fireworks be to blame? 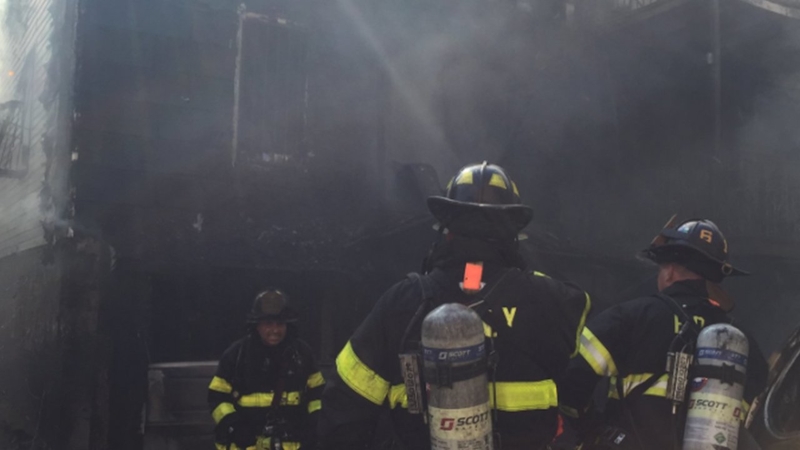 Many displaced after Parkcehster fire

PARKCHESTER, Bronx (WABC) -- Thirty people were forced from their homes by a fast moving fire in the Bronx Thursday.

The fire marshal still is trying to determine what caused the fire that broke out around 4 p.m. in the Parkchester section.

"There were cars on fire in the back, very heavy fire conditions, unstable buildings they can collapse very quickly," said James Leonard, New York City Fire Chief of Department.

Firefighters struggled to contain the flames that tore through home after home. One firefighter jumped out a window and eight were overcome by the searing heat.

Many said it seemed like fireworks were exploding in the heat, and that someone had been playing with them moments before the fire started.

"We were watching TV, and then I heard two pops and a woman scream a man's name like twice, like she needed help," said Elizabeth Mena, who was displaced by the fire.

Mena lives in a house nearby. Two homes were destroyed by the flames; four were damaged.

Her building is still standing, but her home was badly water damaged.

"I just know for the past three to five days, they've been doing the fireworks in the backyard, so it was bound to happen and it did," Mena said. "A lot of people are even madder than I am, and they're looking for blood."

Officials said they are looking into multiple reports of fireworks just before the flames broke out.

Elvin Garcia, who is running for city council, has a campaign office just across the street from the fire.