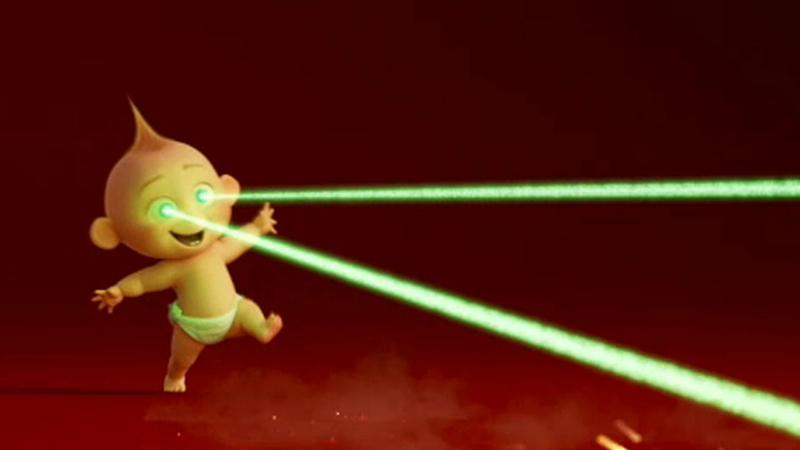 A generation of kids grew up watching "The Incredibles," and they have had to wait 14 years to see the sequel, which is just one reason why "Incredibles 2" is expected to gross as much as $140 million by Monday.

The consensus of the critics is the new movie is well worth watching, and I add my voice to the chorus of praise for a picture I enjoyed just as much as the teenager I took with me.

"I thought it was amazing," Linus Dentel said. "Action packed, funny. It compares to the first 'Incredibles.'"

Like the original, this new movie looks at a family of superheroes trying to live a normal life, which is all the more difficult when the youngest among them has superpowers.

The green lasers shooting out of Jack-Jack's eyes represent just the beginning of what he can do.

Mr. Incredible is again played by Craig T. Nelson. His wife is played by Holly Hunter.

The trouble is superheroes are officially illegal because of the mayhem they have caused, though an entrepreneur played by Bob Odenkirk, is looking to change that by changing people's perceptions about superheroes. Dad gets a little offended at first, but rallies and does his best to get with the new program.

Soon, he is home trying to cope with the kids while mom is away facing off against a new villain who hypnotizes folks by appearing suddenly on their screens.

All does not go smoothly though. Samuel L. Jackson's character, Frozone, does his best to help in the field and at home.

"Incredibles 2" is weird, wacky, and wonderful. I agree with Dentel that, "it was a tad long, but it was an all around, great movie."

Dentel, who has just finished his junior year of high school, says it is great for all ages.

I think moms everywhere will love this movie which puts alpha females front and center for good and evil.

To tell you more would be to risk spoiling "Incredibles 2" for you. I had more fun watching this film than any other so far this year. If you go, I guarantee a great time.

"Incredibles 2" is from Disney/Pixar, which is owned by the same parent company as ABC7.