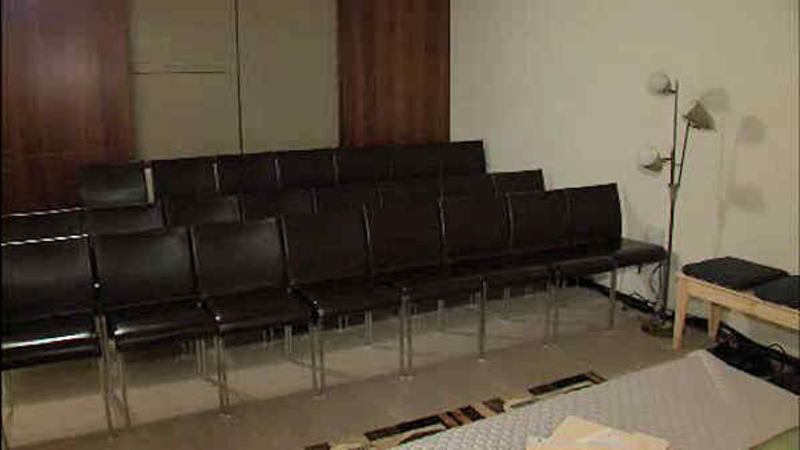 MIDTOWN, Manhattan (WABC) -- There are plenty of plays and musicals both on and off Broadway, but one new production is way-off Broadway and gives new meaning to the phrase "all the world's a stage."

At first glance, it seems like any other rehearsal anywhere in the city, but this director and his actors are working in a Midtown hotel room, which doubles as the set of the play.

"You know, you get your energy from the audience, and it's going to be really cool to have them so close," actress Susannah Hoffman said. "Like literally could reach out and touch them."

The members of the audience sit just a few feet away.

"You can whisper, and people can hear you," actor Anthony Comis said. "And that's something that's very interesting to do in a play."

The play, called "Insignificance" imagines a meeting of icons from the 1950s, among them Joe DiMaggio and Marilyn Monroe.

"It's very intimate," Hoffman said. "It's allowing us as performers to be sort of more honest."

"It is (unusual), and, that's exactly the reason I wanted to get involved," he said. "You know, this theater company did this in London, and it was just a wonderful experience."

Director James Hillier and his cast are hoping what worked at the London branch of the hotel will work on lower Fifth.

"One audience member was so absorbed in the action that she called out to the actress onstage not to speak to the character who was coming in, because he was a baddie," he said. "She was like, 'Don't talk to him because he's a bad guy.' She was that absorbed in it, which is great...it enriches the play. That's most important thing for me. It makes the play a much more real experience."

Guests at the Langham Place Hotel can even enjoy cocktails in the room next door at intermission. The production runs for a month.