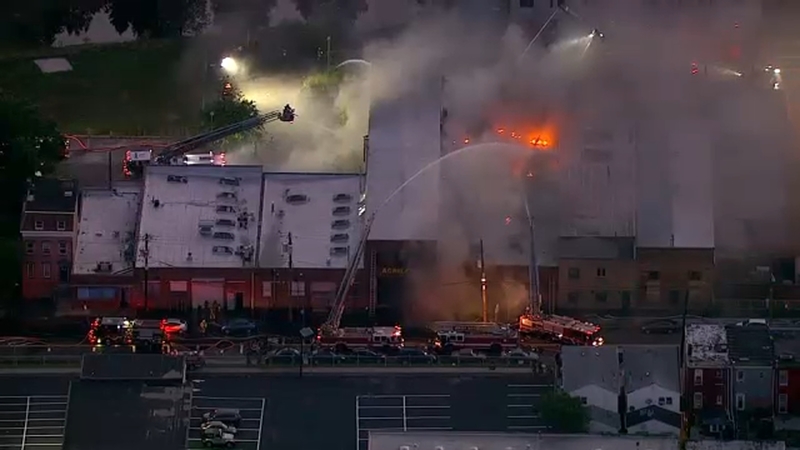 Officials say that a small fire was reported by workers at a partial-two story building at 230 Culver Ave around 3:30 p.m. on Monday.

Firefighters limited the fire to two alarms, extinguished the blaze and secured the building. No injuries were reported.

Shortly after 2 a.m. on Tuesday, firefighters were called back to the scene for another fire.

The large flames led to a third alarm being sounded. The high-volume of flames were fueled by a significant amount of combustibles in the industrial building which produces plexiglass plastics and dyes to color the materials.

Firefighters battled the flames from the outside between Pollock and Mallory Avenues.

The Jersey City Fire Department and HAZMAT Unit were on the scene to do air samples which were negative for toxins.

Some local roads were shut down near the scene. The fire has since been put out.


There were no injuries reported in either of the fires and the causes are still under investigation.

A pair of runaway dogs in Connecticut ran right into trouble when one of them got stuck in a swamp - but the other pup managed to find help.