During John McCain's funeral, former Vice President Joe Biden reflected on losing his friends, McCain and former Sen. Ted Kennedy, and his son, Beau, all to glioblastoma, an aggressive form of brain cancer.

PHOENIX -- During an emotional eulogy at Sen. John McCain's funeral, former Vice President Joe Biden reflected on losing his longtime friends, McCain and Sen. Ted Kennedy, and his son, Beau, all to the same disease.

"There are times when life can be so cruel, pain so blinding, it is hard to see anything else," Biden started, days after McCain died following a yearlong battle with glioblastoma, an aggressive form of brain cancer. McCain passed nine years to the day after then-Massachusetts Sen. Kennedy died of glioblastoma and three years after Biden's son.

"It is brutal, it is relentless, it is unforgiving. And it takes so much from those we love and the families who love them that, in order to survive, we have to remember how they lived, not how they died," Biden continued.

McCain and Biden have known each other for decades. The pair met when Biden was an early career senator and McCain was the Navy's Senate liaison, and they went on to serve together in Congress for three decades.

Wiping away tears at various points during his eulogy, Biden described McCain as being like a brother to him and said their decadeslong relationship "transcended whatever political differences we had."

"All politics is personal. It's all about trust. I trusted John with my life and I would and I think he would trust me with his," Biden added. 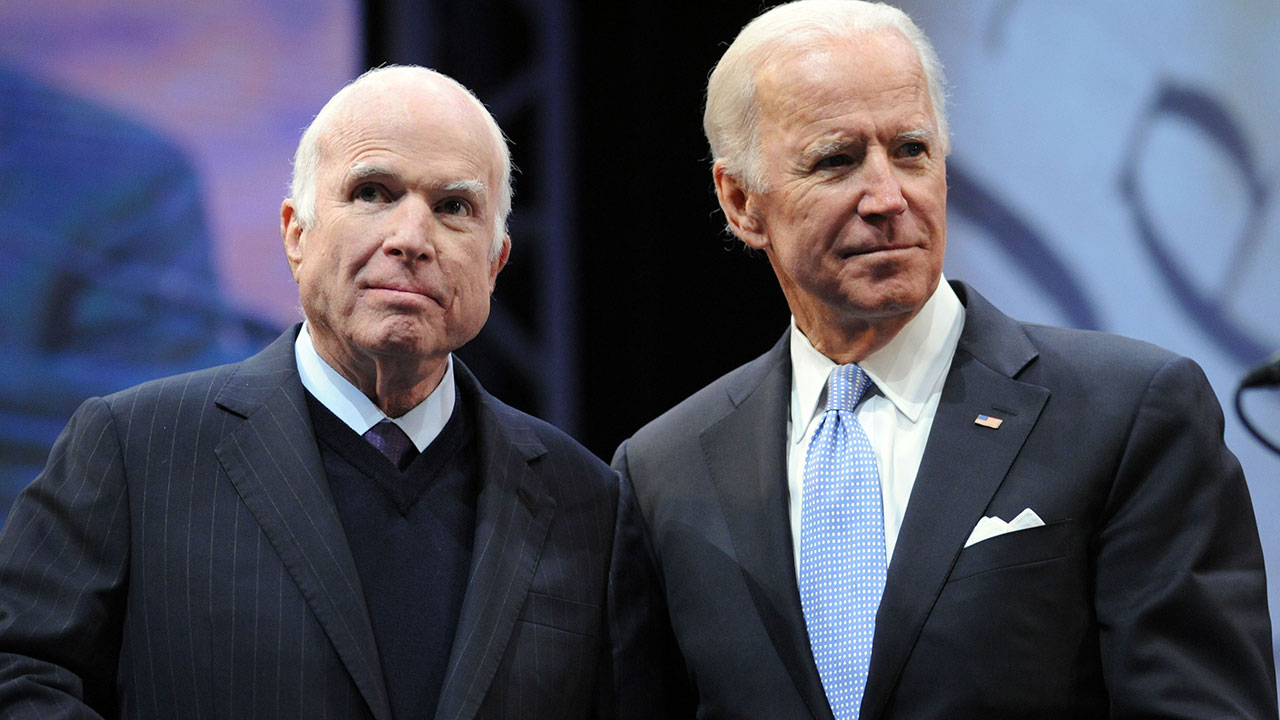