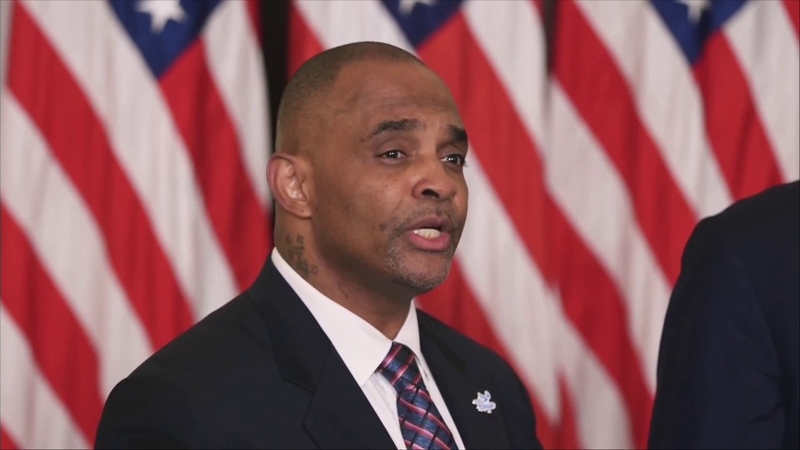 WASHINGTON -- President Donald Trump highlighted the pardon of a Nevada man convicted of bank robbery as part of the second day of programming at the Republican National Convention.

In a video, Trump says that the story of Jon Ponder is a "beautiful testament to the power of redemption." Ponder now leads a program in Las Vegas that helps former prisoners reenter society, called Hope for Prisoners.

Trump has trumpeted criminal justice reform as part of his outreach to Black and evangelical voters.

The video shows the president signing the document as Ponder and his wife look on.

The retired FBI agent who had arrested Ponder and went on to become one of his best friends also appeared with Trump and Ponder.

NOT REAL NEWS: Untrue stories about RNC, voting from this week