WLS
CHICAGO -- "Empire" is filming near the scene of the allegedly staged attack on former cast member Jussie Smollett.

Co-creator Lee Daniels said in June that the show would go on without Smollett.

The show, now in its final season, has permits to shoot on North McClurg Street and North Water Street for the next two days, according to the City of Chicago website. The permits approve production on both sides of McClurg from East River Drive to East Illinois Street, and the south side of North Water Street to St. Clair Street. 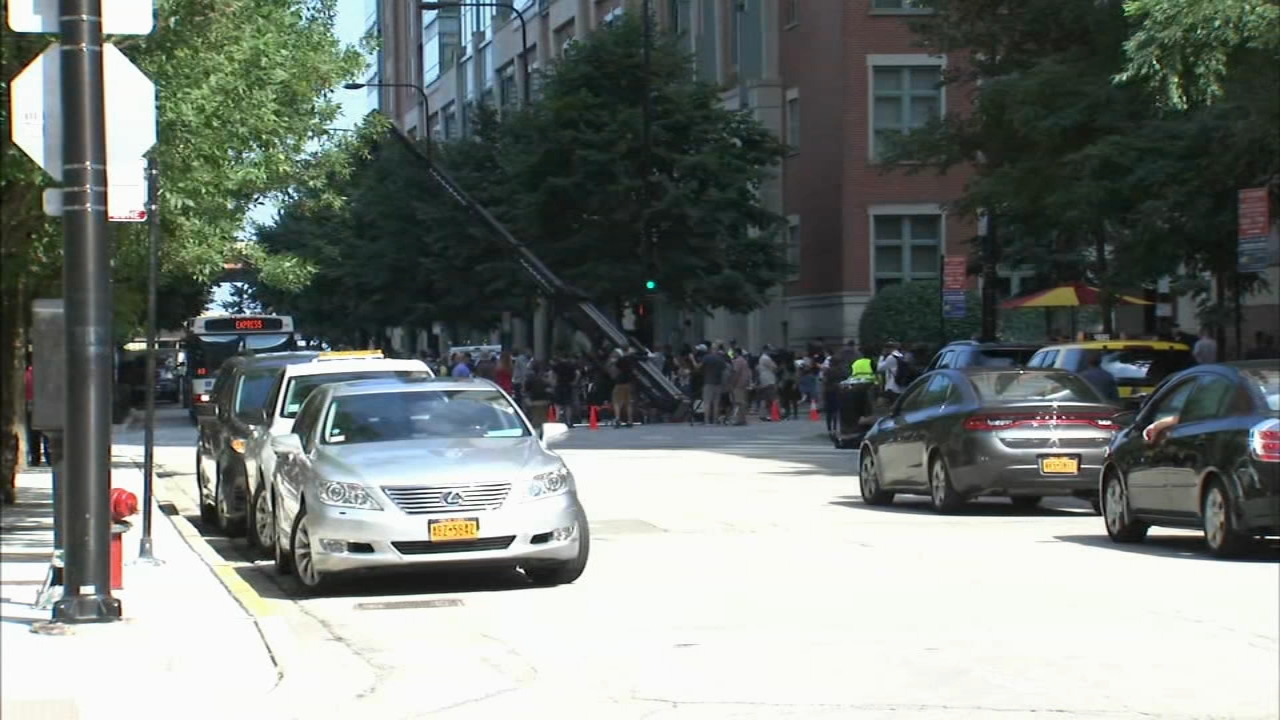 "Empire" is filming near the scene of the allegedly staged attack on former cast member Jussie Smollett.

The site is very close to where Smollett's alleged assault took place in January.

"Empire" actor and R&B singer Jussie Smollett told Chicago police in January that two men physically attacked him and yelled racial and homophobic slurs. There have been dozens of twists and turns since then.

Smollett claimed he was the victim of a vicious hate crime in Streeterville in the late hours of January 29. He said two men physically attacked him while yelling racist and homophobic slurs, threw a chemical liquid on him and looped a rope around his neck.

But the investigation turned on the actor as it continued. Chicago police said he orchestrated the attack with the help of the Osundairo brothers, who he knew. One brother was an extra on "Empire" and the other was Smollett's personal trainer.

Police said the Osundairos took a cab to the pre-arranged attack site. In video from the car, the brothers are disguised in what look to be hazmat suits, which one tightens around his face. They climb out of the taxi and surveillance video shows them walking down the street to carry out the allegedly staged attack.

Two days after the alleged attack, Chicago police released surveillance images of two people they said they considered persons of interest in the attack, which was taken from that video.

Police said Smollett staged the attack at a corner where he believed a surveillance camera would capture the attack, and that the facial injuries he sustained were likely self-inflicted.

Police also released bodycam video of the Osundairo brothers being detained by police at O'Hare International Airport after returning from Nigeria. They told police Smollett paid them to stage the attack.

But the key scene from the police video is Smollett sporting the rope during his first encounter with officers, while his manager tells police the actor doesn't want this to become a big deal.

All charges against Smollett were dropped in late February in exchange for community service and forfeiture of his $10,000 bond payment. That decision is already under a separate review by the county's inspector general.

A special prosecutor will soon be appointed to look into why Cook County State's Attorney Kim Foxx dropped the case and whether Smollett should be re-charged.