2nd span of Kosciuszko Bridge ahead of schedule, could open this year 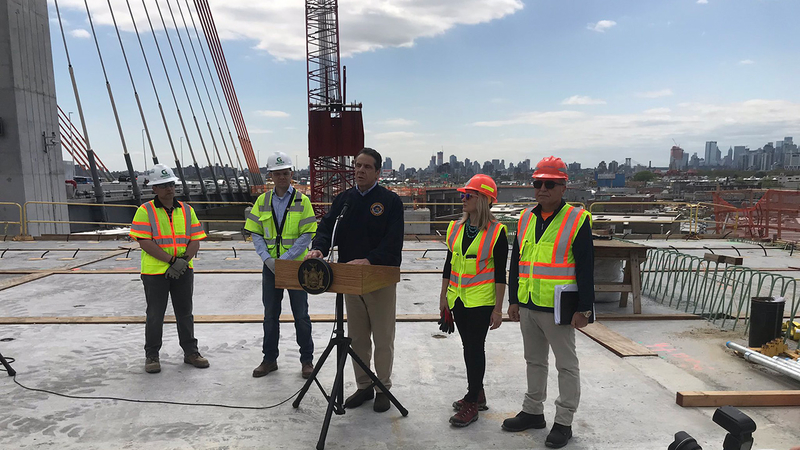 2nd span of Kosciuszko Bridge ahead of schedule, could open this year

NEW YORK (WABC) -- New York Governor Andrew Cuomo says the second span of the Kosciuszko Bridge will open ahead of schedule and on budget, possibly as early as September.

The initial timeline had the opening of the $873 million project slated for 2023, but construction is now expected to be complete this year. That's because a private developer was offered incentives to get it done faster and earn extra money.

"Government does not know how to build, it's not what government does," Cuomo said during a tour of the bridge Monday. "Let private contractors do it...and it's worked out much better for us. This bridge is four years ahead of schedule from what the original time estimate was."

The second span will have bike lanes and green space on both sides.

The first phase cost $555 million and temporarily allowed for three lanes of traffic in each direction and was the first major bridge in the city to open since the Verrazzano in 1964. Ultimately, the span is expected to accommodate 180,000 cars per day.

The old bridge had to be removed before work could begin on the second span. Some sections were lowered onto barges before the bridge was imploded in October of 2017.

The new span will eventually offer a bike and pedestrian lane, as well as shoulders for emergencies, and will also be more viable for trucks as the incline won't be as steep.