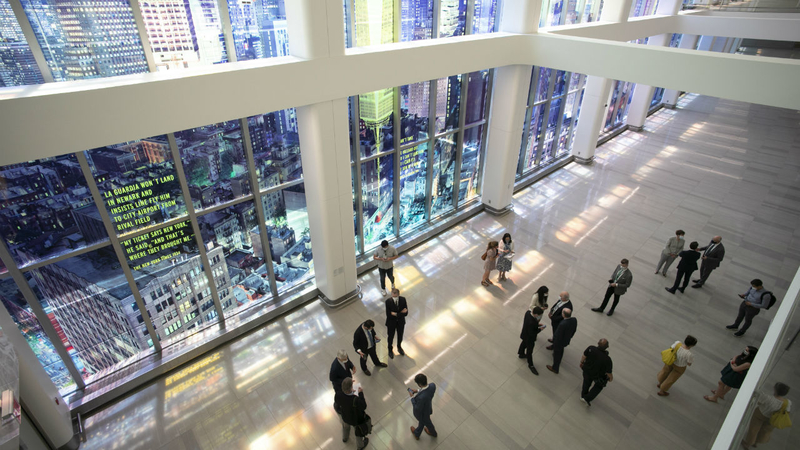 The main arrivals and departures hall in the Central Terminal has been under renovation, along with the rest of the airport, as part of an $8 billion, years-long project to update the facility.

"It's like when you're having a child and you talk about it and you see little scans of it and you plan for it, but then it's indescribable when it actually happens," Cuomo said.

Terminal B opened in 1964 as the "air gateway to America," but it had fallen into such disrepair that former Vice President Joe Biden once described it as something out of a "Third World country."

Rick Cotton, the executive director of The Port Authority of New York and New Jersey, discusses the features of the new terminal at LaGuardia Airport.

Cotton said a third of the airline passengers who arrive at LaGuardia come into a new gate and a new concourse.

The modernization of LaGuardia has caused traffic detours and caused delays on the Grand Central Parkway for years.

A new Delta Airlines concourse at the airport opened to the public back in November.

When it's finished, officials say the new LaGuardia Airport will be the first new airport to be built in the U.S. in 25 years.