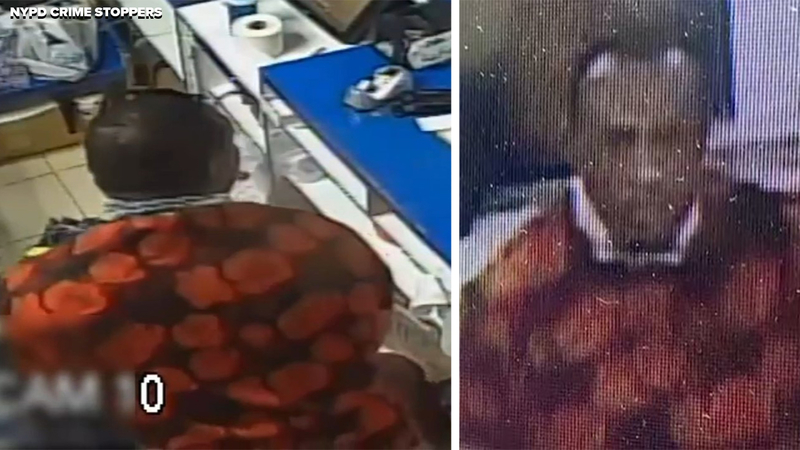 BRONX, New York (WABC) -- A manager is speaking out after a worker and customer were both stabbed during a brutal attack inside a laundromat in the Bronx.

The attack happened Friday around 3 a.m. on Boston Road.

The suspect was caught on surveillance video dragging an employee across the floor.

Police say he then stabbed a 37-year-old woman over and over, in her head, face and body.

In video released by police, the suspect continued to attack her while she was lying on the floor drenched in her blood.

ALSO READ | The US is out of the COVID-19 pandemic phase, Dr. Fauci says
EMBED More News Videos

At one point the suspect shoves a laundry basket on top of her.

Employees at the laundromat, who asked not to show their faces, are terrified he will come back.

"The guy is crazy. That man is crazy," the laundromat manager said. "She's not ok. She's not ok."

A laundromat employee was the first person to arrive on the scene just after police and EMTs.

The employee said minutes after the victim was attacked, she called the laundromat manager. She was terrified and panicking.

The store manager spoke to Eyewitness News and described the moment she got that call from her injured employee.

The manager said she can't get the employee's voice out of her head. It haunts her.

She said the victim told her the suspect didn't say a word.

Police said he tried to remove the cash register. Footage shows the suspect rummaging through boxes under the register before the assault.

Both victims were rushed to the hospital in stable condition.

The employee who was stabbed, the mother of four, underwent her second surgery Wednesday.