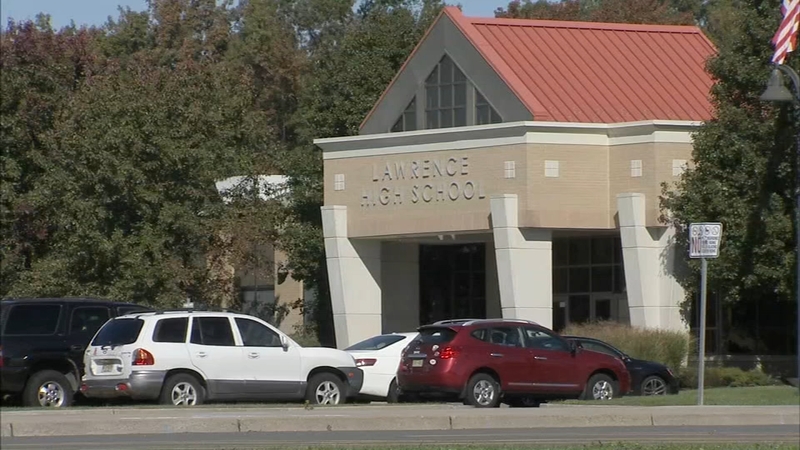 LAWRENCE, New Jersey (WABC) -- Parents and community members expressed outrage Tuesday over an alleged bias incident at a New Jersey football game, angry not only about the incident but also how police and school officials are handling the situation.

Two 17-year-old boys allegedly used racial slurs and urinated on a younger girl while all three attended the game at Lawrence High School on Friday night.

"I'm of course concerned that this is happening in our community, and I want to know what's being done about it," parent Willard Dennis said.

Authorities have declined to elaborate on the slurs that allegedly were used or discuss other related details, citing the ongoing investigation, but video of the incident is laced with obscenities -- and the N word is used multiple times.

"It was a shocker to see all of this transpire at the game, and normally something like this doesn't happen," parent Erykah said.

Lawrence Township police say four middle school girls attended the game and were allegedly harassed, and two teens of Indian descent are accused of hurling racial slurs and urinating on a least one of the girls, who were black.

Mayor Christopher Bobbit was informed of the incident the same night and urged police to look into it, and an investigation was launched the next day. Chief Brian Colorio says the two boys are facing a slew of charges, among them bias intimidation and lewdness.

Others may be charged as well, as police continue to interview witnesses. But tensions in the room rose as the chief insisted that none of the students reported the incident to the any of the five officers covering the event that night.

"If they had been told in any way, shape, or form at that field, they would have gone and taken appropriate action," he said.

The mother of one of the victims, who asked not to be identified, says her daughter is struggling with what happened. She hopes the suspects will be held responsible and that a diversity curriculum will be implemented in the school district.

"They went to the police officers, told what happened, and they were essentially pushed off and brushed away," community advocate Darren Freedom Green said. "Why would they lie? They have no reason to make this stuff up...If we aren't going to have an honest, open and transparent conversation about what happened, then how do we resolve it?"

Authorities say they have purposely not released additional details because this is an ongoing investigation, but they are urging any witnesses to please come forward.