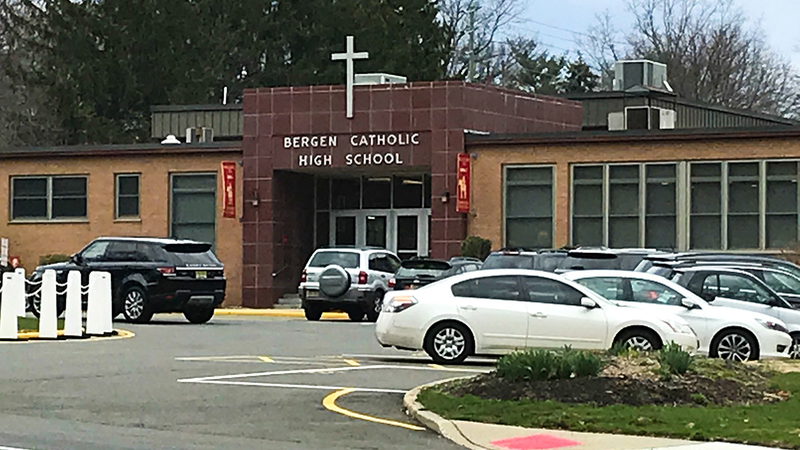 Specifically, Spataro is accused of circulating nude photos of himself to the boy and his teammates.

According to the lawsuit, Bell "stated that the plaintiff was 'shredded.'" He texted and emailed "that he loved him, as well as other highly inappropriate and sexual predatory behavior on a minor child."

It also claims school and Archdiocese of Newark officials worked to shield the coaches. When informed of the accusations, administrators at Bergen Catholic, "chose to sweep serious allegations of harassment, intimidation, bullying and even sexual abuse of a minor under the rug," according to the suit.

Bergen Catholic has traditionally had one of the nation's finest wrestling teams. Administrators at the all-male high school deny the allegations.
Brother Brian Walsh, president of the school in Oradell , released the following statement:

Lucy Yang spoke with some of those defending wrestling coach David Bell.

School and archdiocese officials say they reported the abuse allegations to the Bergen County Prosecutor's Office when they learned about them.

Several members of the team have defended the coaches on social media, and Spataro insists he's being smeared.

"The allegations are false, defamatory and made for an improper purpose," his attorney said. "Mr. Spataro did nothing improper."

He came back to Bergen Catholic High School Tuesday night for one reason, to defend his former high school coach David Bell.

"He helped get me recruited to college," said Ascolese.

Some parents are furious at the accuser. Their sons graduated from Bergen Catholic and they all went on to wrestle in college. All of them consider Coach Bell a saint, not a monster

"If he really had this happen, he would've called police and not filed a lawsuit," said another parent, Mike Maye. "If it was true, it would have been a crime. He either wants money or it's sour grapes because he could not make the wrestling team."

The student, who is identified in the lawsuit as "John Doe," claims he was cut from the wrestling team after making the allegations and has since transferred out of the school.