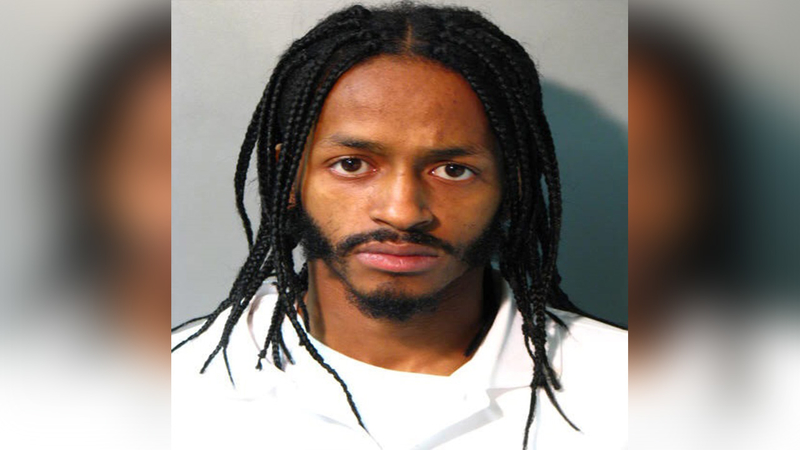 GARDEN CITY, Long Island (WABC) -- A father on Long Island was arrested Sunday for allegedly leaving his young child in a sweltering car while he went to work at the mall.

The 2-year-old boy was discovered by Nassau County police in the parked car on the second level parking lot by Roosevelt Field Mall in Garden City. Police say his father, 26-year-old Kailym Rodriguez, was working a security shift at Macy's.

Police were able to rescue the child through an open window and unlocked door. He was said to be sweating profusely and began to cry.

He was placed in an air conditioned police car until ambulances arrived.

Approximately an hour and a half later, Rodriguez returned to the car after his shift and was placed under arrest.

Rodriguez is charged with reckless endangerment and endangering the welfare of a child. In court documents, he claims he was only in the mall for a half an hour while looking for his grandmother.

The 2-year-old is now in the care of Child Protective Services.

"Macy's is grateful that the child is unharmed and we are taking this situation very seriously. In the State of New York, Macy's Asset Protection colleagues must have an active, valid state-issued security guard registration card. We are staying close to the situation through local law enforcement and are unable to comment further as this is an ongoing investigation."