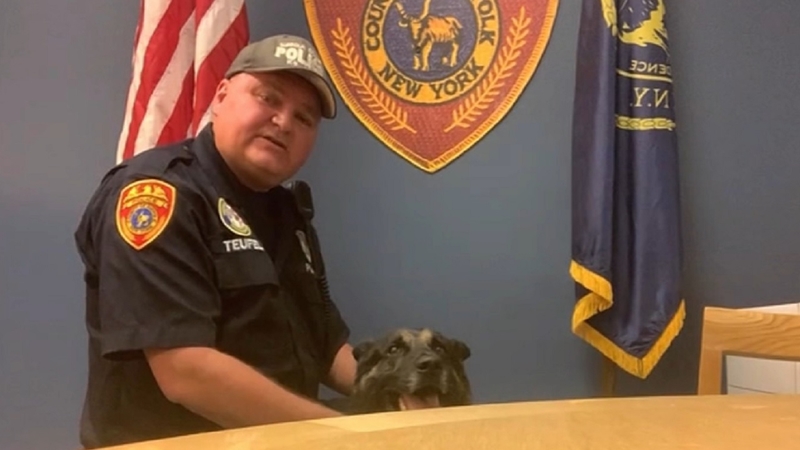 SELDEN, Long Island (WABC) -- A 68-year-old woman who became disoriented and fell after leaving her home in Suffolk County was rescued more than half a day later, thanks to a Suffolk County K-9 officer and his dog.

Officer Thomas Teufel and his dog, Maverick tracked the woman's scene and found her lying face up in the woods in Selden, near her senior citizen complex.

Police were called after the woman's caretaker woke up to find the door open and the woman gone, but her wallet and cellphone still in the house.

It is believed the woman wandered out of her home around midnight.

He says the woman was in good spirits as she was taken away in an ambulance.

She is being treated for dehydration.