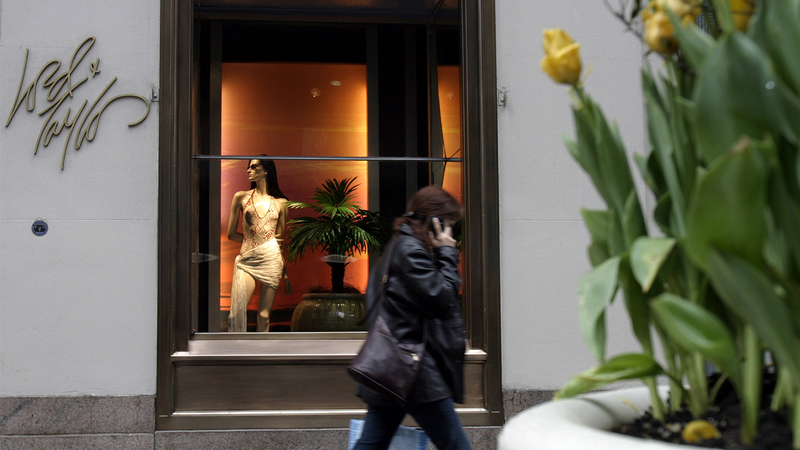 NEW YORK (WABC) -- It's the end of an era for a historic Manhattan department store, as Lord and Taylor officially closed its doors for the last time Wednesday.

The final day ended a blowout sale that left whole floors empty. By the end, clothes that once sold for as much as $100 were going for $5.99.

This season's iconic window displays were dedicated to thanking New Yorkers for decades of loyal business.

Lord and Taylor sold the 11-story building to We Work in 2017 for more than $850 million.
The company said it closed the flagship location to shift its focus toward online sales.

Forty-five other smaller Lord and Taylor stores remain open, mostly on the East Coast. In addition, Lord and Taylor-branded merchandise is being sold online through the Walmart website.

Patty Conte said the Fifth Avenue location was her favorite store and she came Wednesday "to do a last walkthrough." She purchased some women's shoes under a "buy one, get one free" offer, for a total of $25 plus tax.

For her, shopping online is not an option "because it's important to feel the fabric and to try things on."

The demise of the Fifth Avenue store reflects a shifting economy in which brick-and-mortar retail has taken a hit from online sales.

Hudson's Bay Co., the Canadian corporate behemoth that has owned the brand since 2012, said it was closing the flagship and some of its other stores due to an "increasing focus on its digital opportunity and commitment to improving profitability."

Founded in 1826 on Manhattan's Lower East Side, Lord & Taylor was one of the nation's first big department stores, run by two English-born cousins, Samuel Lord and George Washington Taylor. The store occupied several locations before 1914, when it moved into the building that fills a whole Manhattan block on Fifth Avenue at 38th Street.

Alice Tawil paid a last visit - for the memories.

"I've come here many times, I've purchased many dresses, for family occasions, for weddings, for parties, bar mitzvahs, engagements, and I really did very well here," she said. "It's sad ... it's very barren; only the first floor was open."

Others were effusive - over a bargain bonanza of goods they brought home. One woman visited the store 21 times since the clearance sale started in November, buying dozens of dresses, plus furs, shoes, furniture, crystal, tables and whatnot.

The store was scheduled to close at 3 p.m., when customers were turned away. But the last door wasn't locked until 3:22 p.m., giving those inside some extra minutes to exit.