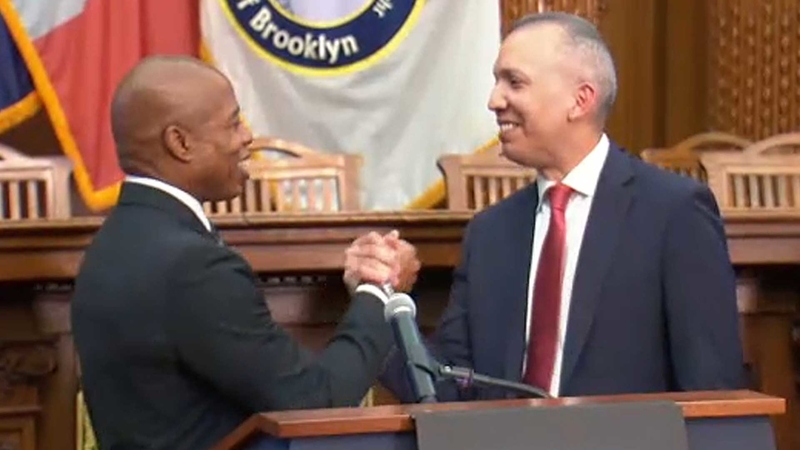 Louis Molina, a former NYPD detective and current chief of police in Las Vegas, is being tapped for the post.

Molina was previously the chief internal monitor and acting assistant commissioner on the Nunez Compliance Unit, a case named for the lead plaintiff in the original class-action suit against the city Correction Department that spurred the appointment of a federal monitor.

Molina, a Bronx native, will immediately become one of the highest-ranking Hispanics in city government.

He is charged with improving conditions in the city's jail system. This will be one of the most challenging roles inside the Adams administration.

"It's no secret that for the past eight years, our essential workforce has been put through hell and has been forced to work under intolerable conditions by an administration who viewed us as expendable. Now more than ever, we desperately need a proven law enforcement leader who understands the gravity of the crisis we're in and is willing to work in collaboration with us to restore safety, security, and sanity to our jails. We are hopeful that incoming Commissioner Louis Molina shares those same goals. We welcome him to our agency and we look forward to working with him to hit the ground running on day one."

CeFaan Kim has more as demonstrators gathered to remember Rikers inmates who have died in custody, and call for action.

This is the third big appointment Adams has announced in the past several days.

Dave Evans ahs the latest on NYC Mayor-elect Eric Adams announcing the first major appointee to his administration this morning.