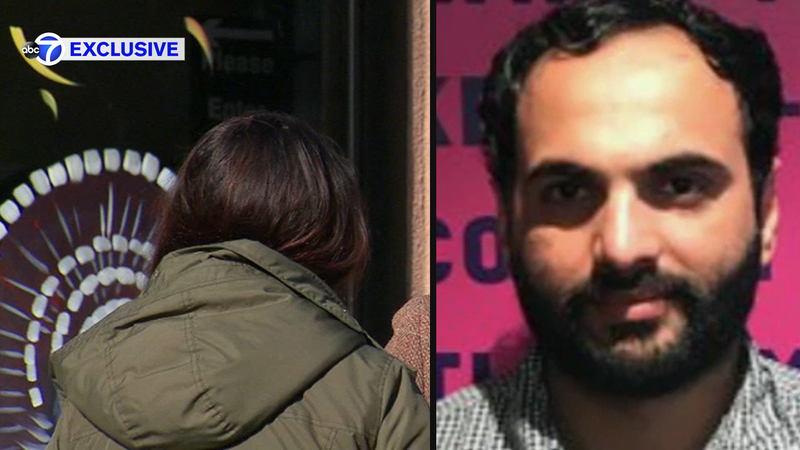 BAYSIDE, Queens (WABC) -- A teenager is speaking out exclusively to Eyewitness News after she says a Lyft driver performed a lewd act on himself while she was riding in the back seat of his car.

The quick thinking of the 14-year-old from Bayside, Queens, helped catch the suspect. And now, she's telling her story.

The victim, who we are not identifying, was alone in the backseat on her way to a friend's home when she noticed the driver staring at her in the rear-view mirror.

She was so shocked that she took a cell phone video. The girl says the driver said nothing, but he kept looking back at her in the mirror. She said there was no doubt what he was doing.

When she reached her destination, she called her mother.

They immediately went to the 111th Precinct, but the receipt had only the driver's first name and his picture. When detectives called Lyft to get the driver's full name, the company demanded a subpoena.

"The police should have been able to go pick him up, arrest him, that night," the victim's mother said.

Narinderjit Singh was arrested a full two weeks later, only after the family's lawyer searched his first name through a public database.

"We don't know who these people are, and our kids and family members are getting in these cars," family attorney Joe Murray said. "If we don't know who they are, or how to reach them if there's a crime or an issue that happens, it's no different than hitchhiking."

Lyft's policy reads as follows, according to the company:

"We won't be able to provide any information without a valid subpoena, court order, or search warrant," except "where an emergency situation exists involving an immediate threat of death or serious bodily harm to a person."

For this family, that policy is not good enough.

"They wouldn't give us information, which is really frustrating," the victim said. "You feel like the situation's not going to go anywhere, and someone's just going to get away with doing such a disgusting thing."