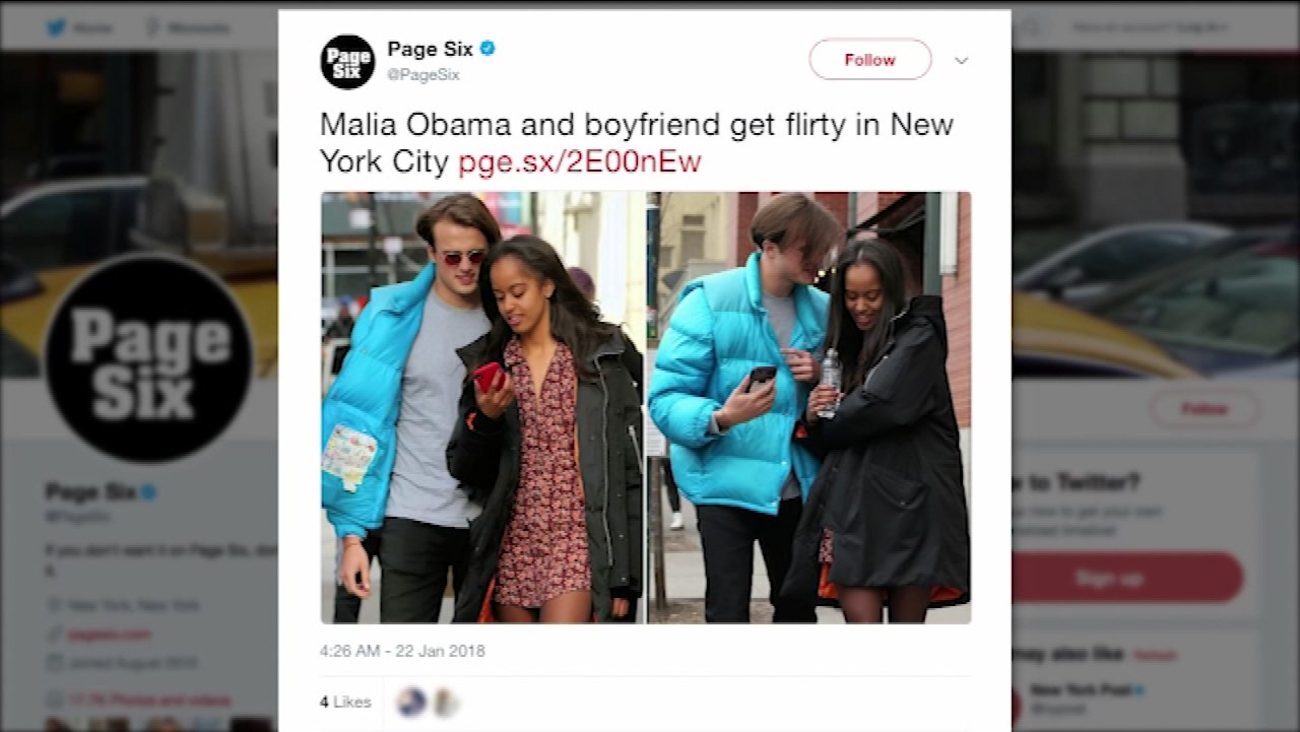 NEW YORK CITY -- Former first daughter Malia Obama was in New York this weekend and was spotted with her new British boyfriend.