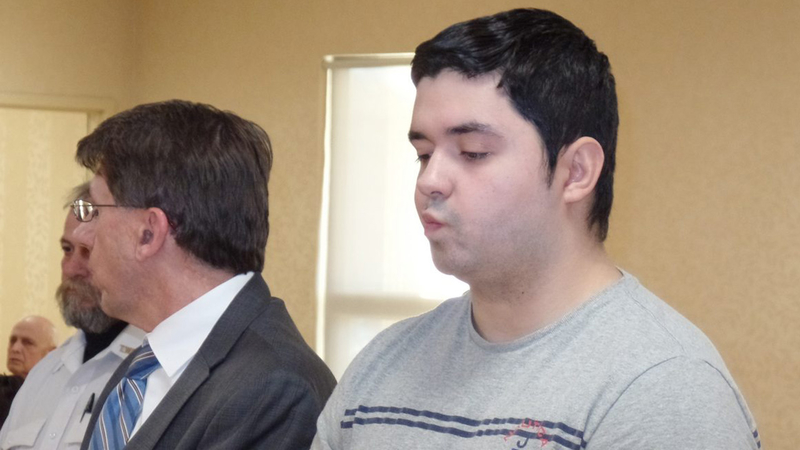 MIDDLETOWN, New York (WABC) -- The suspect believed to be involved in last weekend's shooting at the Galleria Mall surrendered to authorities Tuesday night and appeared in court Wednesday.

Michael Perez Rodriguez, 27, is charged with reckless endangerment and misdemeanor assault after police say his gun discharged in the mall Sunday, injuring a woman and a child. No gun charges were filed because Rodriguez has a legal concealed carry permit.

Wallkill police said a man in khakis entered the building with a woman and a child on Sunday, and the man was seen in surveillance video moving the child near the doorway as they entered.

Wallkill police released these surveillance images showing the man they believe fired a gun inside a mall in Orange County, New York.

About five minutes later, the gun discharged. Police said they're not sure if the gun was fired intentionally or by accident.

Debris or a ricocheted bullet injured a mother and her 12-year-old son.
The man, the woman and child were then captured on surveillance video walking out of the mall.

The mall was temporarily evacuated as the investigation was conducted.