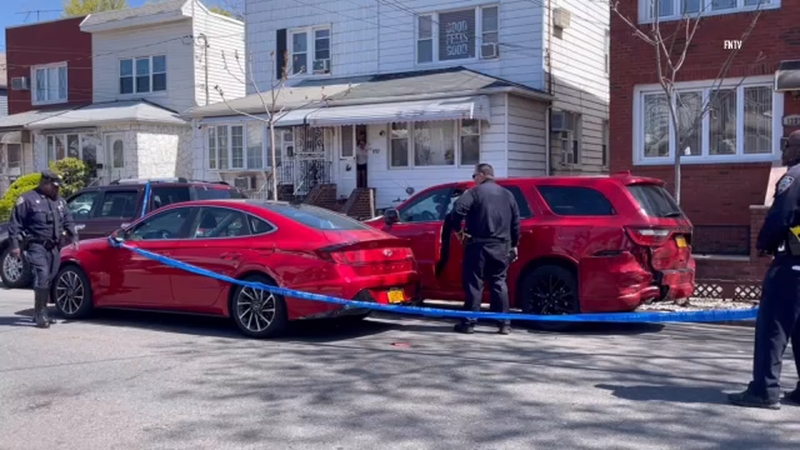 CANARSIE, Brooklyn (WABC) -- A man has died after being crushed between two parked cars in a freak car accident in Brooklyn.

The 46-year-old was standing between two parked cars on East 89th Street in Canarsie Saturday morning when a black Acura SUV collided with a doubled-parked car.

The force of the impact caused the double-parked car to slam into one of the parked cars pinning him between them.

When EMS arrived the man was unconscious.

They transported him to Brookdale Hospital where he was pronounced dead.

Police have taken the driver of the SUV into custody and charges are pending.