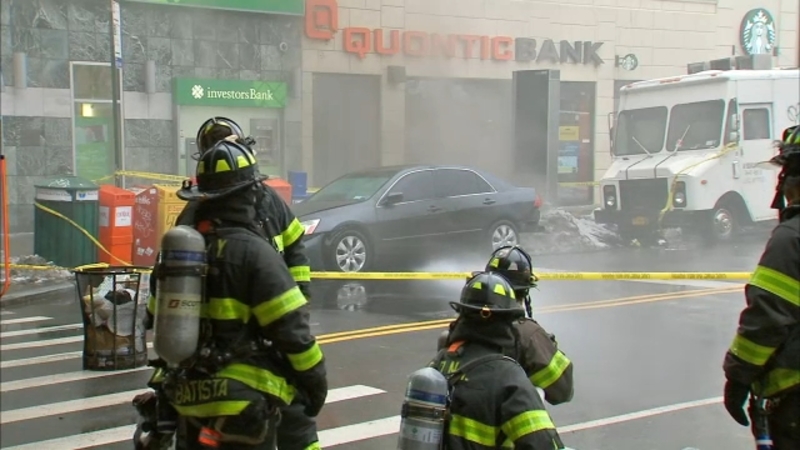 ASTORIA, Queens (WABC) -- At least three buildings and dozens of people were evacuated following a series of manhole explosions in Queens on Tuesday.

It all started when a manhole cover exploded and was followed by a stubborn underground fire. Then further down the block, flames broke out at a second manhole.

Carlos Villamarin was working out at his gym when the manhole exploded. He usually parks at the gym's lot, but it was full.

So he parked his Honda on the street tight over the manhole cover which then shot right into his undercarriage. It blew his fender across the street.

"Pretty upset, but I'm going to try to not to ruin my day anymore, things happen," Villamarin said.

You've probably heard of 3D printed face masks and even 3D printed hands, as 3D printing technology has expanded over the past few decades.

Crews assessed neighboring structures for possible carbon monoxide seepage as a result of the fire.

A handful of buildings also lost power, but no injuries were reported.

Firefighters say thick black smoke just kept pouring out of the manhole that exploded which sent the carbon monoxide into the buildings.

Officials said the blast was caused by a volatile cocktail of road salt mixed with an aging, underground system.

"You got old wires, old infrastructure, whenever it snows, you got the salt mix with water, it eats away at insulation of wire, it arcs, causes a problem, it exploded," said FDNY Chief Brian Deery.

If there is a silver lining, officials credit Villamarin's car for acting as a protective shield and stopping the exploding manhole cover from turning into a dangerous projectile.

A 26-year-old man was killed at a baby shower after a cannon being used at the event exploded and sent shrapnel flying.