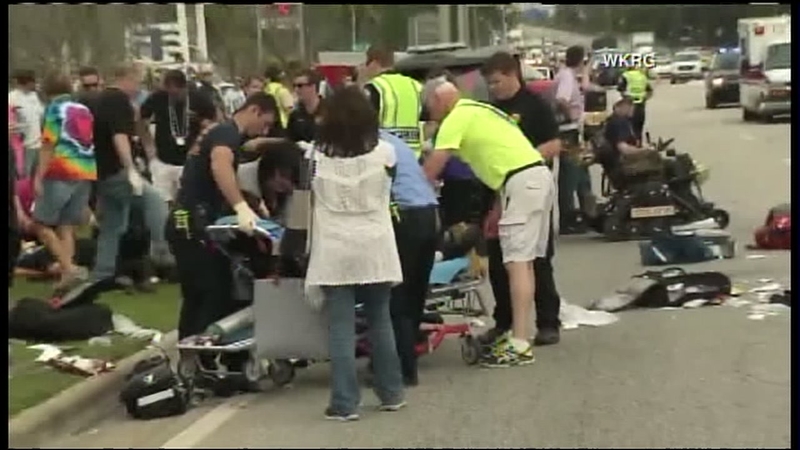 GULF SHORES, Alabama (WABC) -- A car drove into a crowd of people at a Mardi Gras Day parade on the Gulf Coast of Alabama Tuesday morning, just days after a similar incident occurred in New Orleans.

"At 10 a.m. this morning a local Gulf Shores youth band in a Mardi Gras parade was entering highway 59 when a vehicle behind them lurched forward and injured 11 members of the band," spokesperson for the Gulf Shores Police Department, Grant Brown, told reporters. "Three of the band members are critically injured. The vehicle behind the band was part of the parade and it is unknown at this time why the vehicle lurched forward. All 11 children were transported to a local hospital. The children are young teenagers."

The FBI is also investigating the incident.

Video of the scene shows several ambulances with patients laying on the ground. Eyewitnesses said some of the teens were trapped under the car.
EMBED More News Videos

"And I couldn't believe my eyes," witness Ron Cutter said. "And then I saw in the air and the wheels were still spinning. I just stopped and ran."