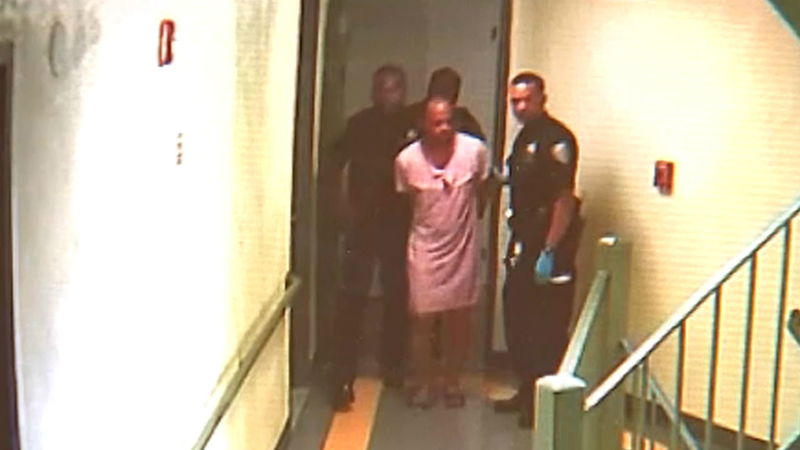 LONGWOOD, the Bronx (WABC) -- A 45-year-old man who reportedly lives in a psychiatric facility is under arrest, accused of repeatedly stabbing his grandmother's home care attendant in the Bronx.

Authorities say 62-year-old Maria Rios was attacked Sunday afternoon in the Longwood section after letting the suspect inside his grandmother's residence.

She was stabbed in the head and chest, and officials say one of the wounds missed her heart by a centimeter.

See aftermath of the attack in the video player above.

Gomez reportedly lives at Creedmoor Psychiatric Facility, but he had traveled to his grandmother's home.

The victim is at Lincoln Hospital and is expected to survive.

Gomez's grandmother has dementia and apparently did not fully know what was going on. Authorities say she and Gomez were playing dominoes when officers arrived.

Gomez apparently left the facility in his pajamas and then later changed into his grandmother's clothes because his were too bloody.

He is charged with three counts of assault, criminal possession of a weapon and harassment.