One of the victims in Marine nude photo scandal speaks out 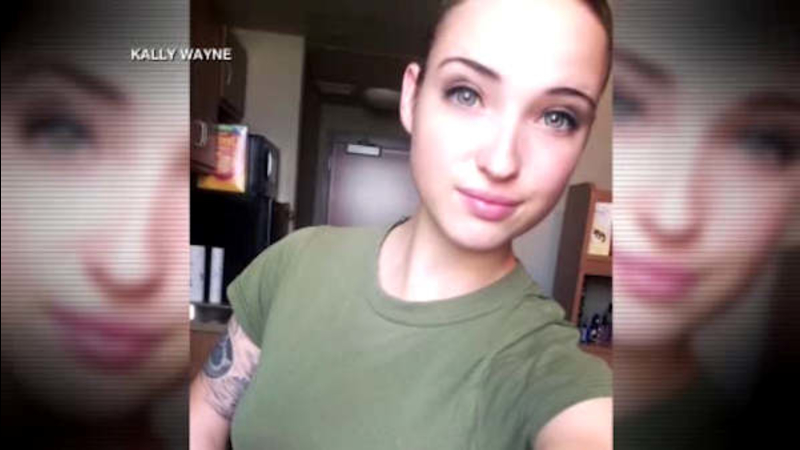 WASHINGTON -- One of the victims of a nude photo scandal rocking the Marines is speaking out about the experience.

The explicit images and videos of the women were posted without their knowledge on a private Facebook group with thousands of members.

"I felt like my privacy had been taken away from me," former Private Kally Wayne said. "Having to go through being harassed for every day of my life for the past year, because of a mistake I made four years ago, is not anything anyone deserves to go through."

Wayne accuses her ex-boyfriend, also a Marine, of sharing a private tape they made together. She said it was linked to the private Marine Facebook page

"It is extremely widespread," she said. "If it happened to me, it's got to be happening to a lot of other females."

Wayne joined the Marines in 2013, but she was removed three years later for unrelated misconduct

The allegations are shocking, with the photos reportedly numbering in the hundreds, possibly thousands. They are said to include more than two dozen women, some identified by name and rank and where they serve, and many reportedly attracting obscene comments before the photos were taken down.

"When I hear allegations of Marines denigrating their fellow Marines, I don't think such behavior is that of true warriors or war fighters," he said.

He said in a sharply-worded video message released Tuesday that Marines should be focused on preparing to fight, "not hiding on social media participating in or being aware of actions that are disrespectful and harmful to other Marines. It's embarrassing to our Corps, to our families and to the nation."

The nearly four-minute video, distributed on various Marine websites and social media pages, represents the first expansive comments Neller has made about the jarring controversy that has triggered an investigation by the Naval Criminal Investigative Service.

In the video, Neller talks at length about Marine Corps values and the need for service members to treat each other with dignity and respect.

"It appears that some Marines may have forgotten these fundamental truths and instead have acted selfishly and unprofessionally through their actions on social media," he said.

Neller ended by saying that if "changes need to be made, they will be made." And he warned: "If you can't or are unwilling to commit to contributing 100 percent to our Corps' warfighting ability by being a good teammate and improving cohesion and trust, then I have to ask you, 'Do you really want to be a Marine'?"

The allegations surfaced when Thomas Brennan, a Marine veteran turned journalist, said he discovered the photos connected to the Facebook group

"There were a nefarious few that decided to sexually exploit hundreds of women and create something that could be easily weaponizeable," he said.

A Marine spokesperson said "a Marine who directly participates in, encourages, or condones such actions could also be subjected to criminal proceedings."

The ongoing investigation is likely to involve a tangled web of legal questions about privacy and online activity -- including who can be held liable or criminally responsible if a photo that was willingly taken is then shared publicly. And there may be questions about the Marines who knew about the site, but never reported it.

In addition, Marines who made comments on the photos - including threats of violence - could face punishment.