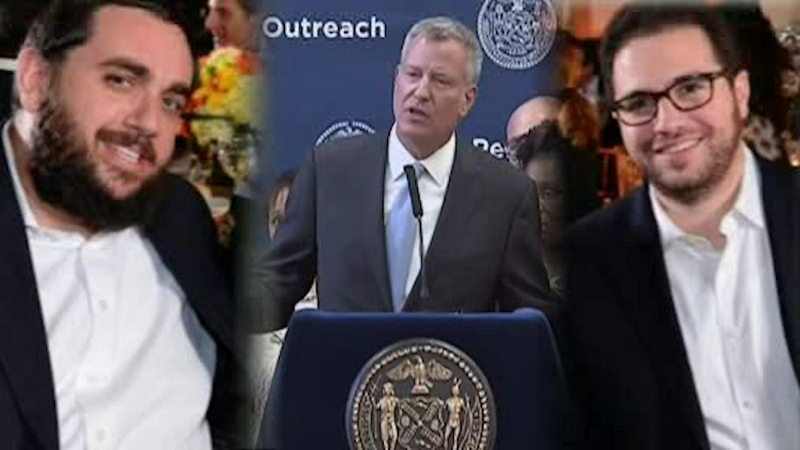 LOWER MANHATTAN (WABC) -- Mayor Bill de Blasio can expect more tough questions Monday about the fundraising corruption investigation being carried out by the FBI and the U.S. Attorney.

Well, some of that support came from Jeremy Reichberg and Jona Rechnitz, a pair of Brooklyn businessmen now under investigation amid allegations of payoffs to police and possibly others.

"I met them around the time of the general election, had not known them previously, spent very little time with the in the grand scheme of things and not at all in the last year," Mayor de Blasio said.

But investigators are combing through the mayor's 2013 campaign records to see how money was solicited from the Brooklyn business community and if any individuals benefitted, even as they look into the actions of four NYPD commanders from Brooklyn South to see if they may have traded special treatment for cash or gifts.

"You have not ruled out additional action," Eyewitness News Reporter N.J. Burkett said.

Additional action is still ongoing and last week's action was based on information that we had available to us that warranted the action that we took," Police Commissioner Bill Bratton said.

Police arrested Hamlet Peralta over the weekend. He ran the Hudson River Cafe in Harlem and is, according to police, the central figure in this probe.

Police say he ran a Ponzi scheme from the restaurant.

The mayor says he's done nothing wrong and will return any money donated by Reichberg and Rechnitz.

"I hold myself and my administration to the highest standard of integrity. I've been in public life a long time, I'm considered a reformer for a reason," Mayor de Blasio said.