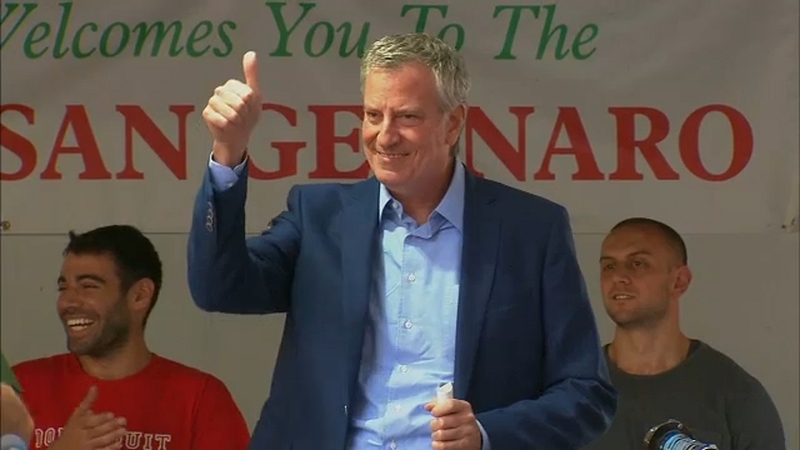 LITTLE ITALY, Manhattan (WABC) -- Mayor Bill de Blasio is off the campaign trail after officially ending his run for the White House on Friday.

On Saturday, he returned to the business at hand - running New York City while in New York City. Some say he has a lot of work to do to earn New Yorkers' trust.

"The mayor's coming back to the greatest job, greatest city in the world, he now has to govern the hell out of this place, address issues of homelessness, education, and integration, he has to show all of you that he means business so we can get to work," said Comptroller Scott Stringer.

The sentiments were echoed by many of the New Yorkers at San Gennaro on Saturday.

The crowd at the Meatball Eating Contest was asked to hold back their political opinions before the mayor took the stage to emcee, where the winner ate 34 meatballs in six minutes.

In his first full day back as Mayor, de Blasio had a lot to say about meatballs, but that was about it.

While de Blasio ignored Eyewitness New' cameras, many are hoping the city will now gain his full attention.

From the time he announced his bid in May, to Friday when he dropped out of the race, the mayor spent 39 days outside the city on the campaign trail.